Anzac Day services around the country have been shelved and veterans won't be able to join together because of the Covid-19 restrictions. 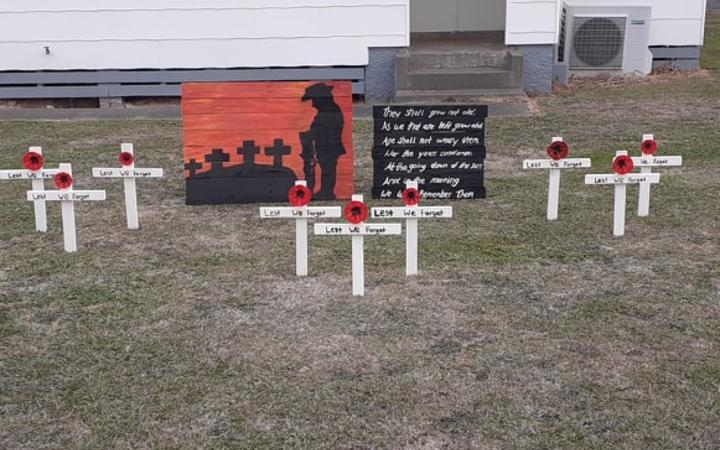 However, that hasn't stopped people - young and old - from preparing to get up early and remember in their own unique way.

Bryn Murrell , 10, from Tawa is a cub scout and is passionate about Anzac Day.

This year, he's decided to get creative at home - and his plans for Saturday include making his own tribute.

"A poppy wreath that is red and white right now - going to wear our uniforms and listen to the dawn service at home," he said. 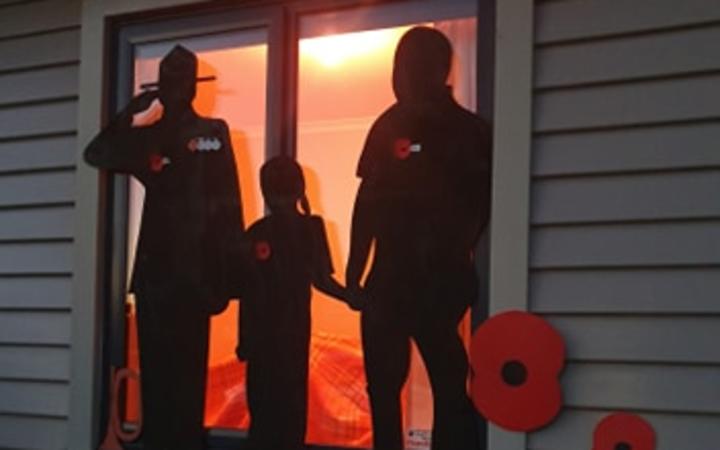 He and his wife Mary-Anne are usually up early in Hamilton for an Anzac day dawn service before they head down to the local RSA to catch up with others.

However, Tainui said they won't be doing that this year, but had come up with other plans.

"I've made two poppies out of the lid and the bottom of a Cookie Time bucket and I'm going to put those on our mailbox and hopefully we'll be up early enough to stand at either the mailbox or the driveway," she said.

Also celebrating in Hamilton is Julie Jopson and her family.

"We've got the words 'we will remember them' and I've drawn up some poppies as well and coloured them," she said.

In Methven, Anne-Maree Middleton and her family have created large poppies and cut outs of soldiers to decorate the house.

"We just got some treated plywood and did a cut out from the New Zealand Defence Force Facebook page... Just to commemorate because we can't hold our annual Anzac Day parade," she said.

The Defence and Veterans Minister, Ron Mark, plans to get on board too.

"We'll certainly spend some time baking some Anzac cookies and I'll probably ring a lot of my old mates and just see how they are - the things we would normally do - elbow to elbow in the RSA talking about old friends who have passed," he said.

RNZ is broadcasting a special live dawn service from 6am tomorrow morning.

People are encouraged stand out at the front gate in the morning and log on and share their Anzac Day pictures at standatdawn.com.

A Givealittle page has also been set up to help replace the funds normally collected through poppy day.