Film maker Renae Maihi hopes the conversation about racism will continue, after Sir Robert dropped his defamation case against her. 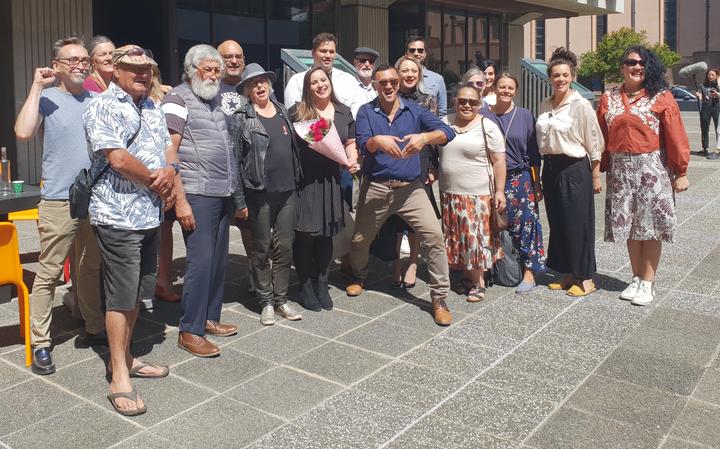 The millionaire property investor was suing Maihi after she started a petition calling a column he wrote racist, and hate-speech.

The trial was set to go into its fifth day, until Sir Robert's lawyer Fletcher Pilditch confirmed this morning the case had been discontinued.

Maihi said Sir Robert's decision to abandon his defamation case against her has put an end to a stressful period of her life but she hoped the conversation about racism wouldn't stop here - so long as it was done respectfully.

"While I and many others disagree strongly with the language Sir Robert has used about Māori, we can disagree with him without being rude about him as a person. I ask people to keep this in mind when posting on social media."

"This has always been about highlighting the harm and impact that racist language has, both now and historically. It is important for us all to remember that language and articles of this nature, whether intentional or not, can and do cause hurt."

Maihi has agreed to close the petition she wrote calling for Sir Robert's knighthood to be revoked, which has been signed by over 90,000 people.

In a statement, Sir Robert said he withdrew his defamation case because the "parties may never agree on what is acceptable humour."

However, he said, "no malice was intended by either, thus it is sensible to put an end to proceedings."

The public gallery of the courtroom has been packed every day this week, with many showing up to give Maihi support.

"Renae's been incredible, she's been standing up for Māori and mana wāhine," Suzanne Tamaki said, who has come to the Wellington High Court on her lunchbreak everyday.

"I realise that there isn't legislation around racism and that they don't have a definition for it and so for me, this was going to be ground-breaking that Renae was about to help write that piece of legislation, so I'm a little bit disappointed that Bob has pulled out because she can't continue with that." 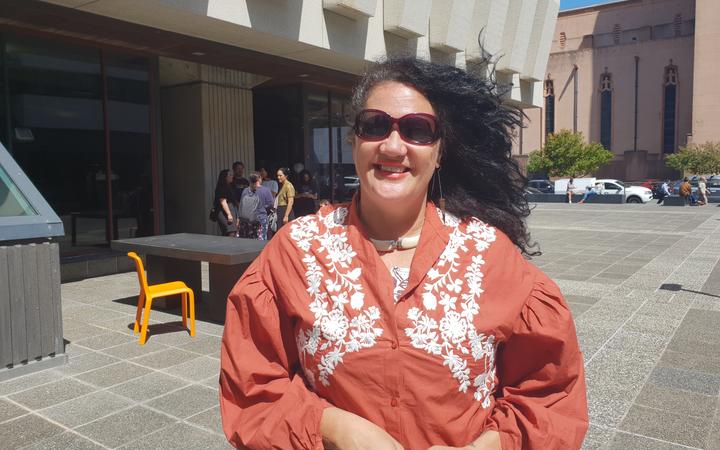 Suzanne Tamaki, who has been at court everyday, says Renae has been standing up for Māori and mana wahine. Photo: RNZ / Meriana Johnsen

"I think it's somewhat sad that we're not going to be able to set a precedent for a legal definition of what racism is because I think as long as we don't have that in New Zealand case law, we risk people continuing to take advantage of that loophole by writing words that cause great harm to huge numbers of people."

However, she hoped that people would feel empowered by what Maihi had done.

"I certainly hope that this experience, this campaign, this case, helps people see how much power we have as ordinary people to take on really entrenched power and win."

But for Ratu Tibble from Ngāti Porou, who has also been at the trial everyday, Sir Robert withdrawing his case doesn't go far enough.

"The only thing he hasn't committed to yet is the... throwing out of his status - the knighthood. I think he should publish it to the world and say, 'I renounce my knighthood'".

Supporters of Maihi have gathered at Pipitea Marae in Wellington this evening for a poroporoaki, or a farewell.