The head of the Māori-led inquiry into Oranga Tamariki says whānau Māori have been coming to them in droves to share their stories about their experiences with the ministry - because advocates say it's a process they can trust. 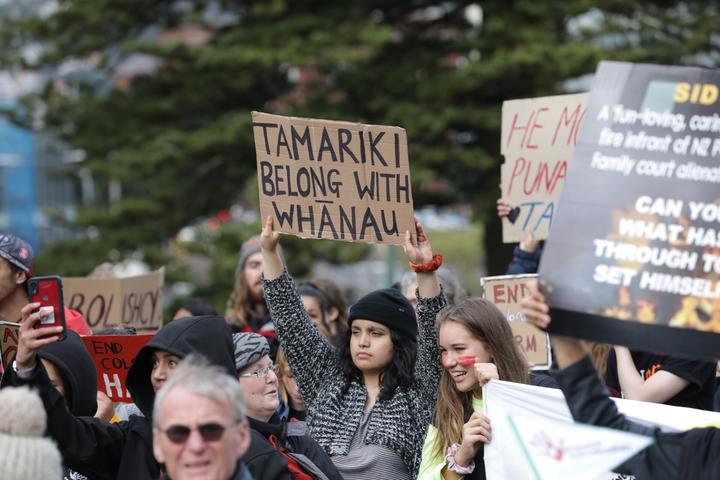 Wellington protesters at a rally against what they say is the unfair removal of Māori children from their whānau by Oranga Tamariki. Photo: RNZ / Ana Tovey

A whānau is refusing to engage with an internal Oranga Tamariki review into the case after social workers tried to remove a six day old baby from a mother in a hospital in Hawke's Bay.

At the end of July hundreds of people delivered a petition with 17,000 signatures to Parliament, demanding the end to the removal of babies from their whānau and placement into state care.

Four reviews into Oranga Tamariki are underway and the Waitangi Tribunal has just announced it will also hold an urgent hearing into the ministry's practices.

A key claimant in the Waitangi Tribunal case and a former child of the state himself, Dr Rawiri Waretini-Karena, said he could understand the whānau's reluctance.

"If you look at what they experienced, it was shocking and it's the people who have subjected them to that abuse and they want to do a review? I would be quite sceptical myself," he said.

The three other inquiries are being conducted by the chief ombudsman, the Office of the Children's Commissioner and the Whānau Ora Commissioning Agency. 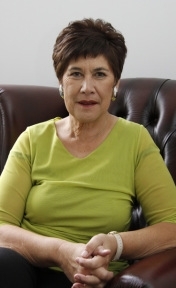 The chair of the commissioning agency, Merepeka Raukawa-Tait, said its inquiry had hundreds of submitters - including the whānau who would not engage with the ministry.

The inquiry had met submitters where requested to, she said.

"Whether that was to a kohanga reo, a whānau meeting, or another meeting called by our whānau ora providers in the regions. It has been very busy but we have had so many people come to us and tell us our stories and they have been coming forward in droves."

There had been many common themes from whānau - and the agency was analysing the submissions to help inform the recommendations it would present to the government, Ms Raukawa-Tait said.

"It's about the safety of themselves and their whānau, because what they have actually found is that with the tactics that Oranga Tamariki have used - they weren't safe. They will become involved in the other inquiries because that's on their terms."

Ms Raukawa-Tait said if the whānau would not engage with the ministry's review - it would be an unsatisfactory outcome.

But she hoped the other reviews would fill the gaps.

To ensure that happened, the agency's inquiry was assisting the chief ombudsman and the Children's Commission's reviews, Ms Raukawa-Tait said.

As well as the current reviews, pressure continues to mount with the Waitangi Tribunal now granting an urgent inquiry which will target the Treaty consistency of the Crown's current legislation, policies and practices for the taking of tamariki Māori into state care.

Kerri Nuku, the head of the NZ Nurses Organisation, is part of a group of claimants which took their case to the tribunal earlier this year.

She hoped the urgent hearing and the Tribunal's report that would follow would inform structural change.

"While there is a need for some babies to be taken into care, we need to make sure that the policies and processes are not perpetuating inequities and treatment against tamariki being taken into care unnecessarily.

"So I think what I would like to see is better policies being applied that there is more cultural consideration and that we don't continue to have this irreparable harm created with the current polices we have operating."

The tribunal's urgent hearing is expected to take place next year.

Oranga Tamariki and the Minister for Children said they would not comment while the review is underway.