Several rubbished-strewn campsites were found over Labour Weekend on the lake shore, under the Panekire Ranges, included large fire sites near native bush, lots of ground cleared and native bush cut down for firewood. Photo: Supplied

This included several illegal campsites found over Labour Weekend on the shores of the lake which appeared to have been established by campers clearing native bush with chainsaws.

"Freedom campers are basically taking liberties ... there's people with alcohol, people cutting down trees, people establishing a camp for themselves with showers, toilets."

The iwi had discovered dozens of such cases since taking over the management of the land in 2017.

One of the illegal camps found over the weekend, within a fenced Kiwi sanctuary at Ohinekura Bay, had a "beer bottle wall".

Since 2017 iwi staff had also discovered the carcass of an abandoned quad-bike brought into the bush by helicopter, while helicopters had also been seen dropping whole pallets of beer into the bush for their hunter clients, flouting the iwi's no alcohol policy. 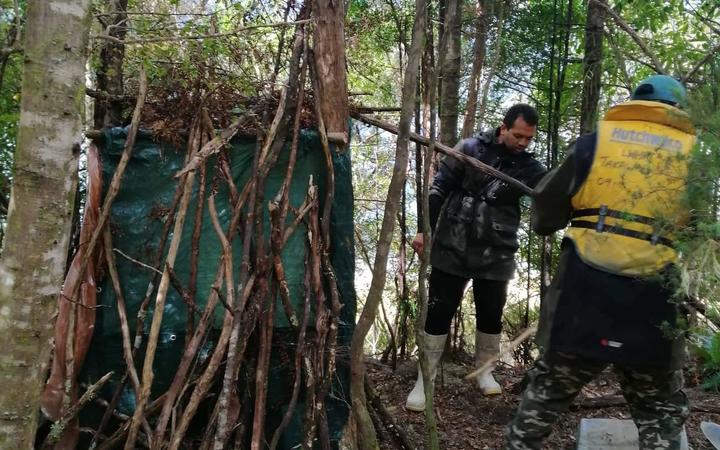 Since taking over the management of Lake Waikaremoana in 2017 Ngai Tuhoe has discovered several illegal campsites set up by illegal freedom campers, including shelters made out of felled native trees and home-made toilets and showers. Photo: Supplied

Other examples included a Tūhoe staff member, who was laying trap lines for predators in the fenced-off Kiwi sanctuary on Puketukutuku Peninsula, finding a home-made long drop near the lake's shore.

An urgent plea was now being issued to visitors to take care and respect the land "as if they were visiting a close friend's home," Mr Kruger said.

"They need to be respectful and understand there are standards here.

"We are of course saddened by it, and we have to clean it all up and the fees people pay do not cover the costs to remedy and clean it up." 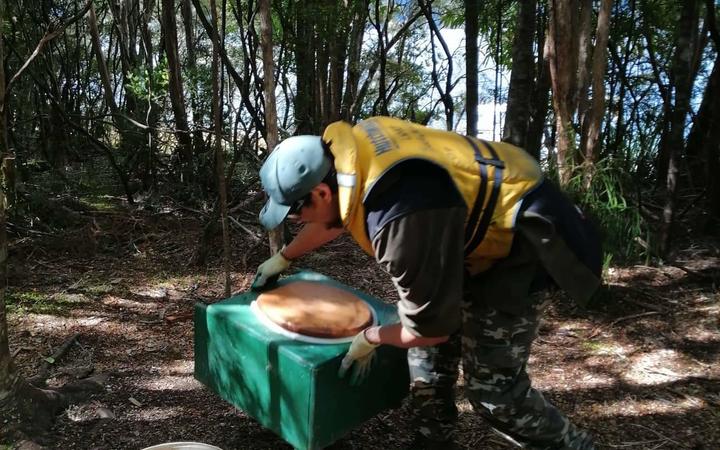 "It just says we have a lot of work to do to remind people that by their behaviour they're not doing anything good for the land or nature," Mr Kruger said.

Freedom camping and felling of trees were not allowed without permission and visitors to the lake were instead urged to use one of the 76 huts or 14 campsites, which were in the process of being upgraded, Mr Kruger said.

There were 11,120 hut bookings on the Great Walk around Lake Waikaremoana in 2018/19, down from 18,000 in 2017/18 due to closure of some parts of the track but Tūhoe estimated there were approximately double that number visiting once day trippers and freedom campers were taken into account.