More families will be putting their hand up to provide safe homes for children after Tūhoe signed an agreement with Oranga Tamariki, an iwi leader says. 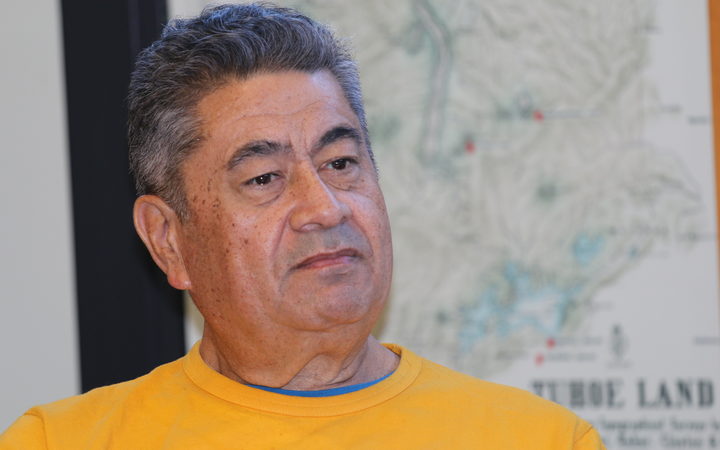 Under the agreement, Oranga Tamariki will notify the iwi of any tamariki with Tūhoe whakapapa coming into their care.

He said the agency had not trusted the iwi's knowledge of their own people in the past, but that was changing.

"I think Oranga Tamariki operated insularly and looking at its own networks to try and find that information (about whakapapa and hapū connections) so there was a bit of an air of distrust with any information that came with iwi, they felt that would be an area that was compromised already," he said.

"That's one of the changes that has taken place - there is, now, a comfort with Oranga Tamariki that iwi know more about that stuff than they do."

He said Oranga Tamariki was still part of the considerations in determining whether the family the child was being placed with was appropriate, but Tūhoe would now have a greater role to play.

"They then ask those questions of the family, what their tribal affiliations are - and if Tūhoe comes into view ... we then get to share the information that they have about the circumstance of that child and their family, then we would arrange the right people from that family to be part of discussions looking at the welfare, safety and the placement of that child.

He said it was possible the child would not know the family they were placed with, but there would still be a whakapapa connection.

He said many Tūhoe families in the past had believed they would not meet the department's standards for a caring and loving home, but that could change with this new agreement.

"They thought that they would not qualify or meet those standards that Oranga Tamariki were measuring a good home, a loving home by ... there was a lot of reluctance to come forward but now with this arrangement more Tūhoe families are now seeing that they will be, I think, eligible to be considered," he said.

Mr Kruger was not sure other iwi would take the same approach, or that it was a solution to the ongoing dislocation of Māori from their whakapapa.

"This is the style and the approach that we've come to customise that's suitable for Tūhoe, and we've been thinking about this stuff for just over two years.

"Other iwi would approach it differently but, look, the thing that I understand is I see no iwi that would disregard their children and do not have love for their children."

He could not say for sure either whether the agreement could end the need for the Oranga Tamariki practice of taking children from their families which has - especially in the case of newborns - been heavily criticised and is subject to four separate inquiries.

The practice has been criticised for years, but the outcry was heightened when Oranga Tamariki's attempt to take a Māori newborn from its young mother in Hawke's Bay in May was filmed and reported in the media.

However, Mr Kruger said at the least there would be more caring and loving homes for children who needed them.

"I do know that we will open up more Tūhoe homes that are willing to share care and love for these children and that these children would not have to carry a troubled life and asking the questions - will they ever be loved and ... do they belong with a family, will they ever really have a family - and those are the troubling things that young children are facing now."

Children's Minister Tracey Martin, who attended the signing, said she was delighted that Tūhoe had signed a Relationship Agreement with Oranga Tamariki.

"The best place that children can be raised is at home, with family and whānau, and this agreement will help that to happen for Tūhoe tamariki."

"Every child deserves to be loved and safe and the more we can get early help to families the better we'll do," Ms Martin said.

"A culture, any culture, is just culture of care for one another. Our greatest threat is a loss of care. The answer is to put care back at the centre of our approach. This partnership is the first step," Mr Kruger said.