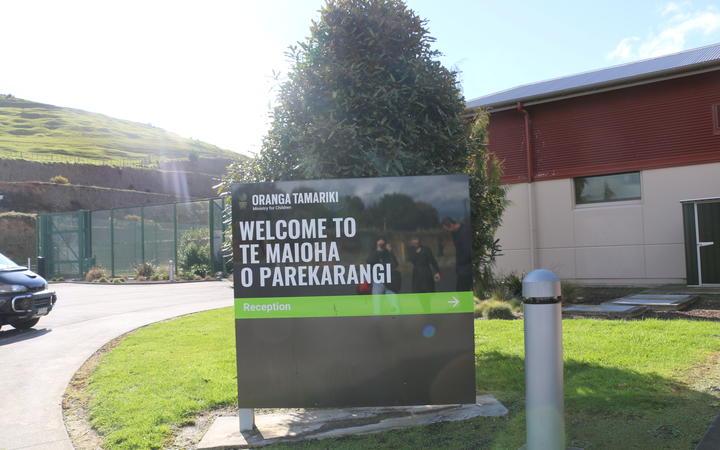 The teenage boys at Te Maioha o Parekarangi have seen more violence, drugs and poverty than most New Zealanders.

Many have gang connections and almost all are rangatahi (young people) whose links to their Māori culture - tikanga Māori - have long been severed.

Kelvin Morunga, one of the educators at Te Maioha o Parekarangi, said most of the young men never got back to their marae.

"However, it is instilled in their hearts and minds who they are as Māori," he said.

"So, to bring that back into their everyday part of being, that's why I love seeing our boys reconnect to their Māori side."

He said learning about Tikanga Māori could bring out a different side to the rangatahi, who would light up every time they were able to perform a haka or waiata.

Tikanga Māori laid the foundation for almost everything at Te Maioha o Parekarangi - including efforts to give back to the community.

After the Tarawera eruption in 1886, the site became a garden to feed the people of Rotorua.

The residence manager, Christine Bechetti, said now the boys tended to an on-site vegetable garden and the produce was given to places like Women's Refuge.

Aroha was another thing that was never short in supply at Te Maioha o Parekarangi, Ms Bechetti said.

Staff were passionate about helping the rangatahi become the best they could be, she said.

"They come in with so much talent. They are really good at sports and arts, and they really need an avenue for that and we try and provide that."

It may well be the first time these rangatahi have someone in their corner, and it's appreciated by one young offender, James (not his real name).

"They take their time to look after us, feed us, clean up after us."

Staff said leaving the facility could be difficult for some young people as a few months of tikanga Māori, support and love could not erase abuse, neglect and trauma.

But they said it was definitely helping and they were determined to keep going.