A city councillor has questioned if the gifting of a Māori name to Wellington's Botanic Garden area is 'unreasonable use' of te reo. 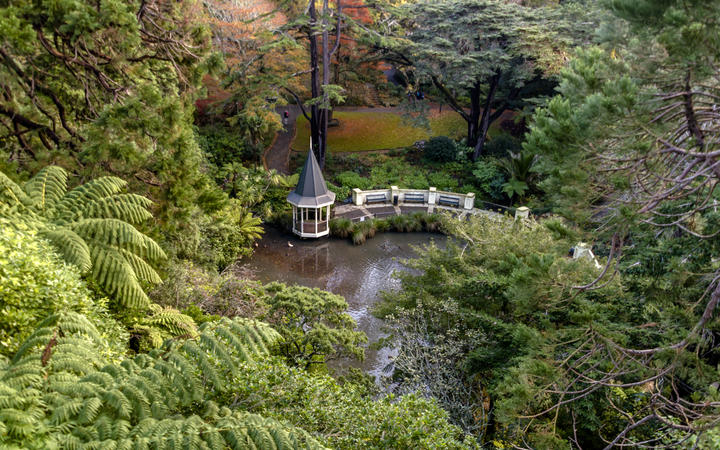 The duck pond at the Wellington Botanic Garden. Photo: 123RF

The city is being gifted a Māori name by mana whenua on Friday afternoon which caused a row between councillor Simon Woolf and the Deputy Mayor Jill Day.

On the fourth day of Te Wiki o Te Reo Māori, leaked emails detailed the spat between the two following the invitation to attend a ceremony of the gifted name.

In the emails Mr Woolf said: "Not all gifts need acceptance. Look at Troy!"

"While I like the idea of te reo [Māori] being used more widely, and especially where it is appropriate, there is a large segment of our community who for one reason or another (and believe it or not, most isn't race related) do not wish to see an unreasonable use of te reo seen in places where there may not be significance."

He also told the deputy mayor to move on from the past and "stop acting like a victim ... you and your [descendants] are survivors."

Mr Woolf defended his words and said councillors were not informed of the reasons for the name gifting and he was questioning the process rather than the use of te reo Māori.

"As a city councillor you represent Wellington as a whole, not one portion or another portion, you need to be fair and reasonable to all, and respectful to all but unfortunately my email didn't come across as that."

Mr Woolf said he did not mean to cause any offence.

But Ms Day said it was hard to see his comments as anything but offensive.

"Referring to the use of te reo Māori as 'unreasonable' and that there are 'appropriate places for te reo' cannot be interpreted in any way other than racist.

"To me that sounds like you would like to control the Māori language in order to stifle its chance of thriving," read Ms Day's reply email.

Despite Mr Woolf's apologies Ms Day said she was hurt by his comments and his defending of them by picking at the process behind the gifting.

"He's made some statements around where he thinks Māori language should be, and where it shouldn't be which has caused some quite deep offence to myself.

"It's not our role to decide where it's right or wrong, as our partnership with mana whenua we need to work with them on that," she said.

Ms Day said New Zealand needed to be embracing and encouraging of the language, not stifling it.

The gifted name will be consulted on by council after the election.