The government has come under fire for its lack of Māori suicide prevention strategy and its barriers to Māori mental health service providers getting funded. 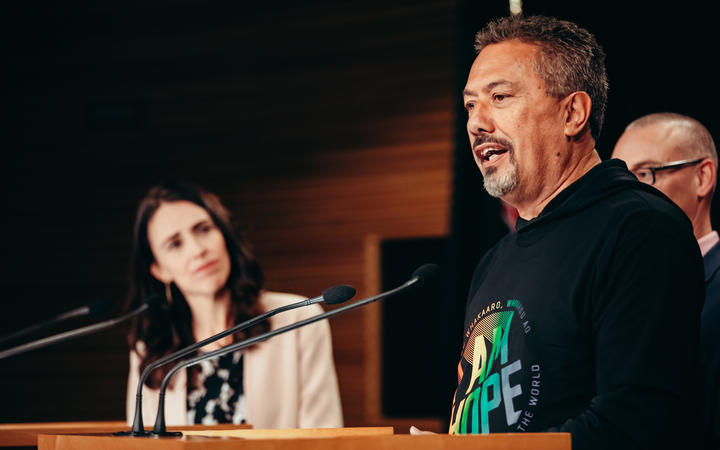 The strategy, which has been long-awaited, was launched yesterday on World Suicide Prevention Day.

Under the government's suicide prevention strategy, there will be more mental health support services for high risk groups like, Māori, Pacific, takatāpui, or gender-diverse people.

Health Minister David Clark said that everyone should have access to the services they need, but when asked where those services will be and how prevalent, he said that design work was ongoing and dependent on the proposals they received from community providers.

Dr Clark said the report into mental health and addiction was very clear in saying services need to be co-designed by people with life experience and working with Māori.

Community mental health service providers that wished to apply, would have the opportunity to do so from the 16 September.

He was flanked by Mike King, the former comedian, now mental health advocate, who was there to show his support for the government's suicide prevention strategy.

He previously quit the suicide prevention strategy committee of the last government over the lack of an "actual percentage target", but said that now he is "okay" about there being no targets because they create a myth that they (the government) are doing a good job.

He also went on to contradict the government's policy, and said that he does not support separate services for Māori.

But Matthew Tukaki from the Māori Council, who has a background in suicide prevention, said that the government has failed to implement the recommendations from the Whakamanawa report from the mental health and addiction inquiry.

"It looked like our own national strategy, designed by Māori, run by Māori, implemented and executed by Māori - we also called for a specific focus on the difference in the workforce, it's always seen through a traditional lens, and a Māori workforce, that is very community-based and whānau orientated, and so they've missed the mark and they've missed the opportunity."

He is also concerned that some community service providers will miss out on the funding, which raises the question of whether people will have access to kaupapa Māori mental health services.

"I'm sick and tired of hearing this from David Clark around existing service providers and people can pick and choose, well actually there are dozens of organisations who are Māori who are out there everyday but they don't get a look in at the front end of the process, because procurement policies within the Ministry of Health prohibit us."

However, there was some support for the strategy.

Maria Baker, from the Te Rau Ora, a national suicide prevention programme aimed at Māori and Pacific youths, says it is great to see tangata whenua featured so prominently in the strategy, with lots of te reo and mentions of Māori throughout.

And Michael Naera, a Mental Health Foundation spokesperson, said while it is still unclear what the strategy will produce, aspects of it such as mentions of the treaty and the Waitangi Health claim - Wai 2572 - were positive.

"They've got the treaty relationship response in there which is great - it's never been highlighted as such in any other suicide prevention strategy that has come forward, other than the first indigenous strategy composed by Dr Keri Lawson-Aho but they brought it to the forefront which I am really pleased about."