The number of people dying by suicide in the last year has been the highest ever recorded, with a sharp increase among teenagers and Māori, new figures show. 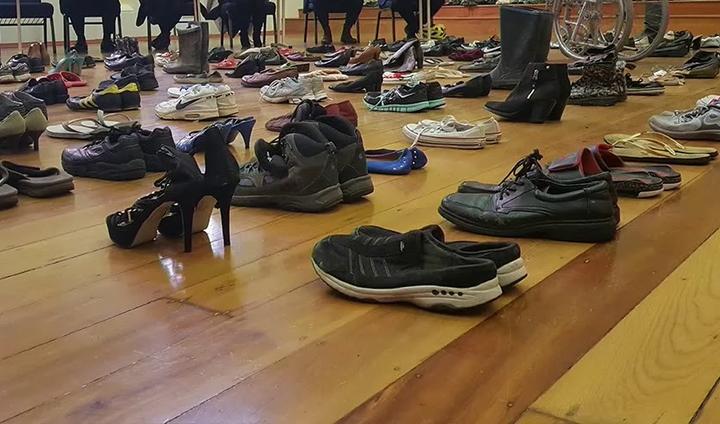 A visual marker at a Wellington forum in 2017 organised by families who have lost their children to suicide. Photo: RNZ / YouTube

They also revealed the number of teenagers dying between the ages of 15 and 19 increased from 53 last year to 73. 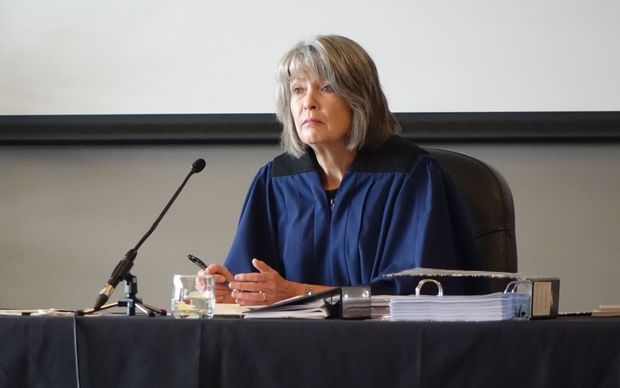 Ms Marshall said she extended her condolences to the families and friends of those who died in the past year.

She said the reasons people made such decisions were numerous and depended on many factors.

Ms Marshall said she was encouraged by suicide prevention initiatives taking place and conversations people were having.

In the year to June 2018, 169 people with Māori whakapapa died by suicide.

Since 2013, annually there has been a continual increase.

Māori Council executive director Matthew Tukaki said it was now the highest per head of population rates in the Western world.

"This is not just a crisis, it's not just a tragedy, it is a complete failure from successive governments - and after all the hype and promise, this government has failed," Mr Tukaki said.

"New Zealand has been without a suicide prevention plan since 2016. Although we have been promised something - nothing has emerged. The draft Māori Health Action Plan for 2020-2025 doesn't mention suicide prevention and is scant on any detail at all."

"There is no national suicide prevention strategy," he told Checkpoint.

"Mental health is not the only things going on here. Suicide is also about people facing the daily struggles of life - relationship breakdowns, homelessness - all these different things that end in depression, anxiety and the ultimate sad decision around town.

"What we need to be doing is investing in an actual plan."

He said he supported a zero target approach in the hospital system.

"No new Zealander should be entering a hospital system in New Zealand and still exit and still end up taking their life."

'Goal has to be no one lost to suicide' - PM

Prime Minister Jacinda Ardern said these figures were disappointing and upsetting, but she was still ruling out introducing a suicide reduction target.

Ms Ardern said there's no question that the suicide rate was too high, and the government had to put its all into turning that around.

However, she said there was no evidence a target would help achieve that.

"A target implies that we have a tolerance for suicide and we do not and that is why we made the decision that we will focus as a government and as a country on bringing that rate down," Ms Ardern said.

"But for us, of course, the goal has to be no one lost to suicide."

Ms Ardern said suicide was one of the biggest, long-term challenges the country was facing.

"We are moving quickly, but this is going to take time to create the kind of change that we need as a nation," Ms Ardern said.

"We do have a suicide prevention strategy being finalised."

Mr Clark said it would be released in the coming weeks. 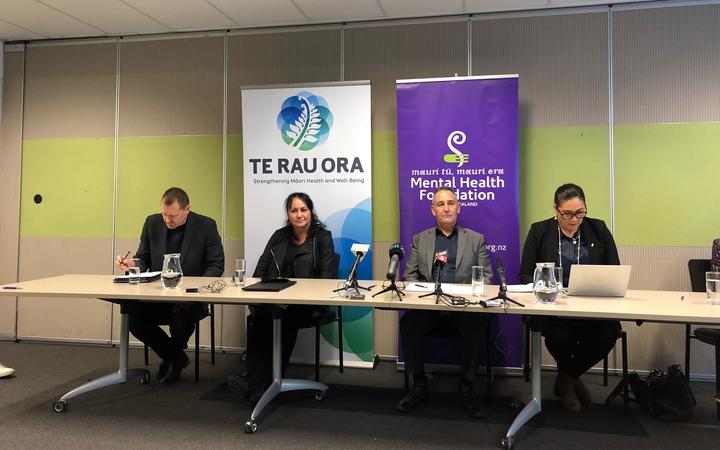 "I know the human impact of these numbers, and the fact that these numbers continue to go up is just shattering."

"Suicide is the most significant issue that is facing our particular community," she said.

"The rate of Māori deaths of suicide has been severely disproportionate to the general public for a number of years.

"A movement by Māori has been really strong, and a call for Māori by Māori to challenge the status quo. We need to be conscious that this is not about mental illness - this has got to be a whole of society, a whole of the community, a whole of Māoridom approach to address what is occurring in our whānau, hapū, iwi."

"The time for awareness has passed. We must be taking action and making sure every Pasifika person knows what role they can play in preventing suicide.

"For the people we have lost to this taniwha called suicide, we all pray and grieve with their families. They are in our thoughts and prayers and now they must be in all our actions."