A Māori man living in Melbourne has been turned away from a restaurant for having a full-faced tā moko, or mataora. 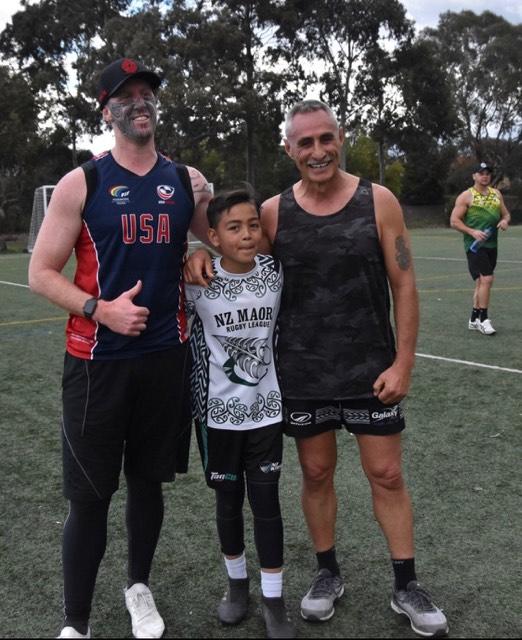 Gary Harding (left) was declined from Village Belle restaurant in St Kilda, Melbourne, because of his full-faced tā moko, when he was taking New Zealand touch rugby coach Peter Walters (right) out for dinner. Photo: Supplied

Gary Harding, from Ngāti Porou, booked a table on Saturday night at the Village Belle restaurant to say thank you to a group of touch rugby coaches who had come over from Aotearoa to run some training sessions.

The touch rugby coach for the Melbourne Galaxy, who also works in a corrections centre helping Māori and Pasifika youth, said that when he showed up to the restaurant he was stopped at the door by the bouncer.

"He quickly says, 'I can't let you in with all those facial tattoos all over your face' and I was pretty shocked by his response, and I say 'are you for real mate', and he's like 'yeah, it's not a good look, we've got a strict policy around facial tattoos'."

He tried to explain the difference between facial tattoos and tā moko, but he said the bouncer "didn't want to enter into any discussion about it".

"And so we went to walk away and that's when the snarky, arrogant comments came about - as we were leaving he mentioned 'you must get that all the time, this wouldn't be the first time', and so I quickly turned around and said, 'well, actually mate, this is the first time, it's the first time ever this has happened, I've travelled around the world and I've never had this happen to me'."

He put a review up on the Village Belle's page a couple of days later, after giving some thought to what he should do about the issue, complaining about the arrogance of the bouncer and the restaurant's stance.

"I thought they might have contacted me to have a discussion about the incident that happened, and that would've been the opportunity where we could've righted the wrongs ... but they're not taking any calls, they're not even trying to get in touch with me."

Village Belle have been contacted twice, but no one was available to provide comment.