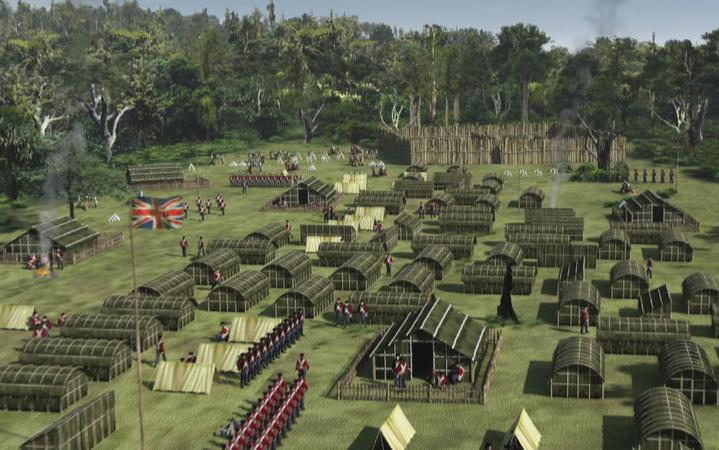 Ruapekapeka Pā - the scene of the last battle of the northern wars - is considered a significant site of Māori military engineering, where the Ngāti Hine chief Te Ruki Kawiti supported by Hōne Heke tested the resources of the British and their Māori allies before accepting a peace agreement.

In the years since 1846 much of the old battlefield high on the hills near Kawakawa, where intricate earthworks are still visible, has reverted to gorse and grass.

But in the lead-up to the 175th anniversary of the battle in January 2021 the Department of Corrections, Department of Conservation and the Ruapekapeka Trust are collaborating on the restoration of the site.

They are aiming to plant a grand total of 39,000 native trees and plants in time for the anniversary, returning the land as far as possible to its original state with paths and signage to mark remaining pā features and ancient battle scars.

A ceremony at Ruapekapeka today organised by the Northland Regional Council involved officials, manawhenua Ngāti Hau, Ngāti Hine and Whangārei school-children to mark the end of the first planting season.

Most of the work has been done by offenders sentenced to community work, who travelled in vanloads to Ruakpekapeka twice a week over winter.

"I go back to that whakatauki (proverb) 'Tama tu: tama ora; tama noho: tama mate.' If you are usefully active, you will sustain wellness.

"If you're not, then basically you won't be well. I think that's a truism for all of us, that if we can get involved in an activity that has purpose and meaning, it bodes well for our wairua (our spirit) and our tinana (our body). That's been very apparent with this project."

The trees planted this winter would count towards the government's Billion Trees initiative and should be a good size in time for anniversary commemorations, Ms Hopa said.