Whanganui iwi will use their Treaty of Waitangi settlement to have the city's name officially spelled with an H. 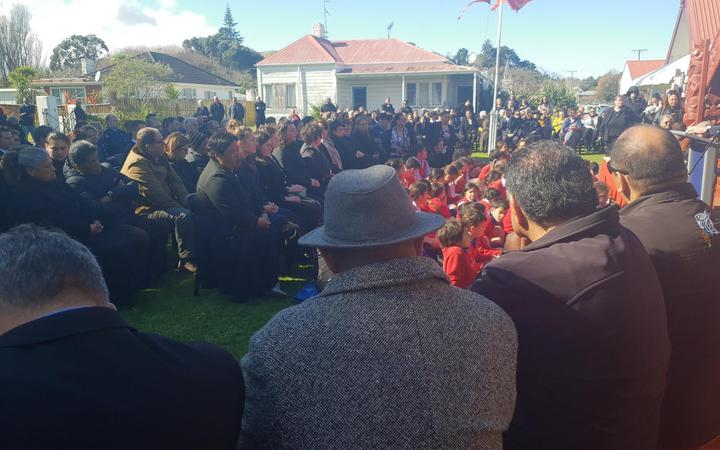 More than 200 iwi members gathered at Pūtiki Marae in Whanganui this morning to sign an Agreement in Principle with the Crown.

Te Tomokanga ki te Matapihi details what the Crown and iwi have broadly agreed will make up the final settlement package at the end of their negotiations.

It includes proposed financial redress of $30 million and the potential return of 22 sites. It also proposes legislation to confirm there one spelling of Whanganui.

"There is no alternate name but Whanganui, with the H," he said.

"There is no alternative in any way whatsoever. And so to acknowledge it through this settlement, we are correcting a wrong of 160 years."

The regional and district council and national park spellings include an H but the New Zealand Geographic Board accepts the city can be spelled with or without it.

The last referendum among locals came back with a majority voting against an H in the spelling.

However, Mr Mair said the critical part of the agreement was ensuring the values of the iwi were embedded in its relationship with the Crown.

Dozens of local kura kaupapa students performed kapa haka during the signing, and Mr Mair acknowledged how important it was for them to be there.

"This journey still has some barriers to work through. However, quietly, we should acknowledge this day. We have got to this milestone within our history."

Treaty Minister Andrew Little said the initial agreement was the result of many years of hard work and he acknowledged the iwi efforts. 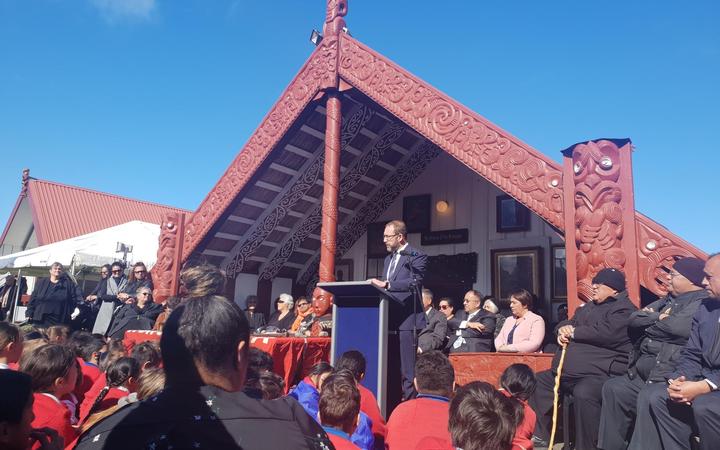 "Our meeting here today signals a sea change in our relationship.

"It is time for the Crown to take responsibility for the harm it has done to you."

Mr Little said Whanganui Māori suffered many and grievous harms as a result of Crown failures to act in good faith.

"You tūpuna have long shown willingness to engage in good faith but too often however the Crown has failed to reciprocate in kind, and failed to uphold its obligations under the Treaty."

He said the Crown failed to be open and transparent about the amount of land it acquired in the 1848 Whanganui purchase and much of the tribes land had since been alienated.

"Your people have endured hardship and deprivation as a result."

The next step is for both parties is to negotiate and agree on a final Deed of Settlement. Parliament will then pass a law to make it legally binding.