Māori health experts have sent an open letter to the prime minister, asking her to withdraw police from the Ihumātao occupation. 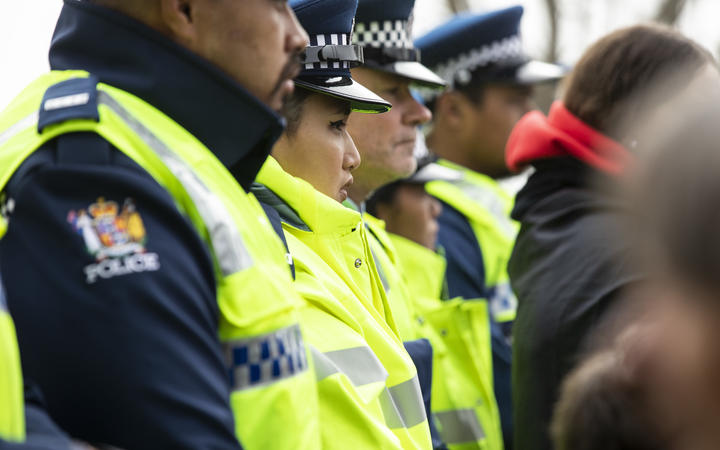 They say the officers' presence could do more harm than good for those protesting against a major land development in South Auckland.

It's day nine since the occupation at Ihumātao was heightened, and police continue to hold a line at the heart of the site and at every entrance point.

"We have no confidence that the police presence at Ihumātao will result in a peaceful resolution," the open letter from the experts stated.

"We are concerned that it has the potential to cause harm to Māori children and adults participating as peaceful protectors."

The letter stated the presence of police indicated the government's willingness to intervene, despite the prime minister saying it would not involve itself in the matter.

A protest leader, Pania Newton, yesterday encouraged those at the site not to become complacent with police presence. 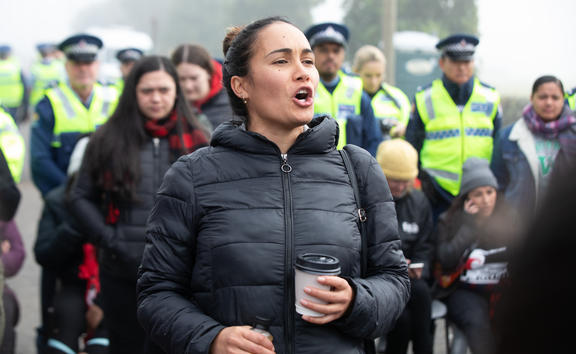 She said police numbers had decreased, but they were still representing the Crown and intended to support the Fletcher Building housing development.

The frontline at the centre of the occupation is constantly manned by supporters of the movement, and police remain stationed in a line behind them.

"Having them here all these days, especially on your back, is disrespectful ... they have got to do a job, I understand that, but it is too close," said one man on the frontline this morning.

"It is still very much an intimidation strategy for us people here - I find it so unnecessary," said a young woman who stayed up all night on the frontline.

"You need to pack your s--t up because we are here for a non-violent protest," said another man. 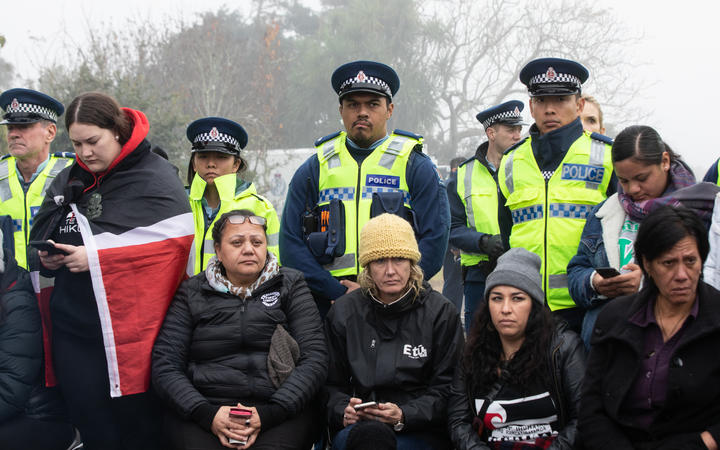 However, District Commander for Counties Manukau Superintendent Jill Rogers said they were still needed on site.

"Our ongoing police presence, while significantly reduced, is still required for safety reasons due to the number of protestors, including children, that remain at the site," she said.

"We are also expecting a very large crowd at Ihumātao this weekend due to the visit of the Māori King.

"Therefore we are still required to have a police presence on site to maintain order and ensure that there are no safety issues for those in attendance."

She said the officers were pleased with the relaxed and calm atmosphere, and there had been no arrests at the site since Wednesday last week.

There is no timeframe for how long they will remain on site.