The people at the heart of a Māori land protest in South Auckland are overwhelmed that the Māori King will visit them. 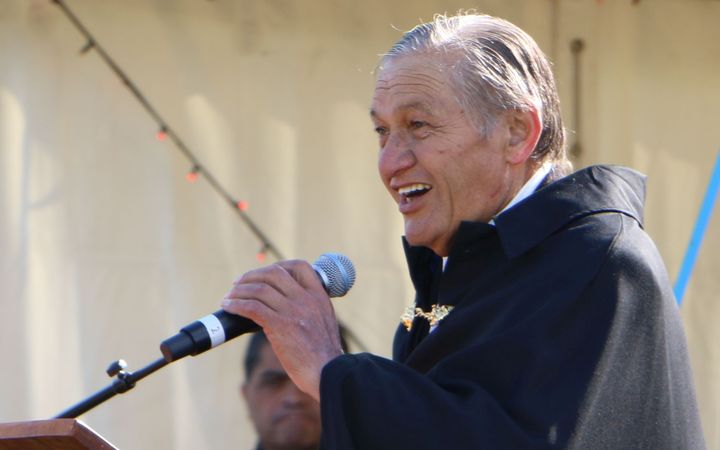 Hundreds of people continue to occupy the lands to stop a major housing development by Fletcher Residential.

The development of 480 houses is backed by the Kiingitanga, which will get eight hectares returned to them as part of the deal with Fletchers.

But last night, King Tūheitia announced he would go to Ihumātao on Saturday morning to listen, and help find a resolution.

"The purpose of the visit is to listen to the people and seek a pathway for resolution," the statement said.

"So that mana whenua of Ihumātao can engage in a process to have their issues fully resolved."

The news was met by those at Ihumātao with surprise and happiness. 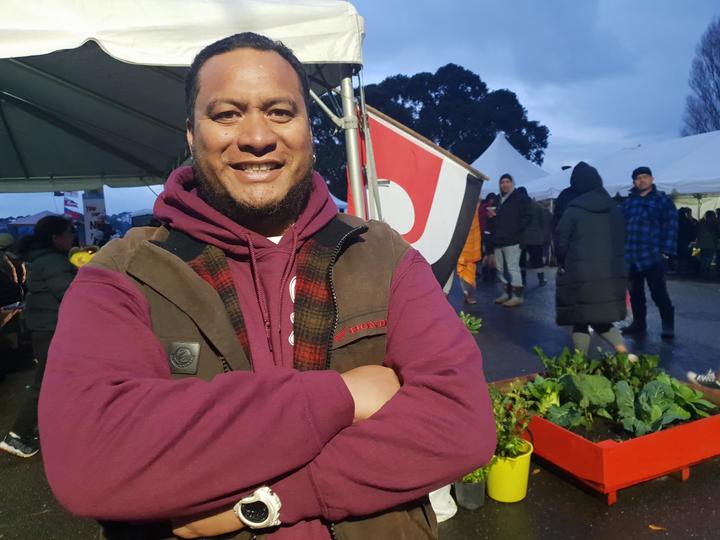 Haki Wilson said he was amazed the king was coming to the whenua. Photo: RNZ / Leigh-Marama McLachlan

Haki Wilson represents people who live at Ihumātao. He said the announcement was a massive deal.

"We feel overwhelmed, we feel that his stance here is just the beginning for us to move at a pace where things might move a little bit faster," he said.

"The Kiingitanga is us and I am amazed that the king is coming to the whenua and he can see and feel the wairua and the aroha that the whenua has to give.

"We are totally amazed that he is coming to the whenua."

A visibly moved Mr Wilson said it was a good sign that Kingi Tūheitia was coming.

"I want him to feel what we are feeling - the love, the support, the sadness that we feel as mana whenua here."

Hundreds of people remain on site, despite cold weather and rain yesterday.

The government has stepped in to hold meetings with various stakeholders in the dispute.

He said the meeting was run in a tīkanga Māori way and it went well, but no decisions had been made.

"I am feeling real confident and good about today's hui with Nanaia.

"We have been asking the government to meet with us for so long and now that has happened.

"And we feel like they are starting to listen to us. It is a step forward."

Mr Wilson said those at the hui, including Pania Newton, would have discussions with the hau kāinga at Ihumātao.

They both expected there would be another meeting with Minister Mahuta down the track.