A community occupying land near Auckland Airport to stop a housing development being built alongside sacred land say they are feeling increasingly scared, as the threat of eviction draws nearer. 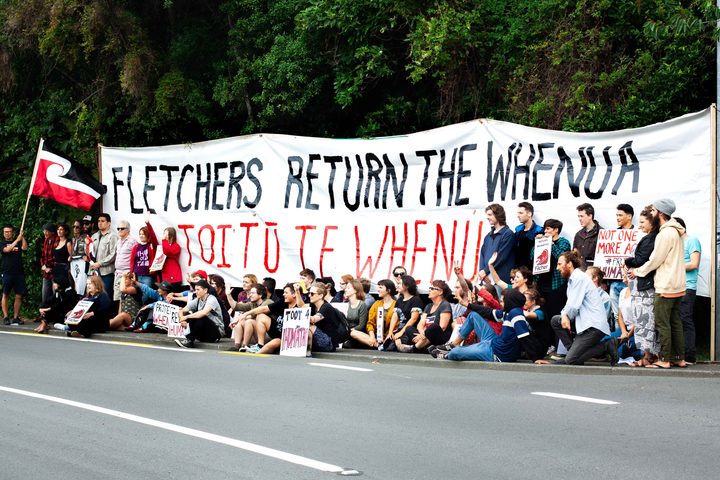 A makeshift village has been set up on land at Ihumātao where members of the group Save Our Unique Landscape have been living for the last two years to protest a housing development by Fletcher Building set to be built.

They want the sacred land, which lies next to the Ōtuataua Stonefields Historic Reserve, to be turned into a public space instead.

A group of protests were held outside Fletcher Building offices in Hamilton, Wellington, Auckland and Dunedin on Friday as part of a national movement to support Save Our Unique Landscape, or SOUL - a group of 15 people living on the land to stop Fletchers from building 480 houses on the site. 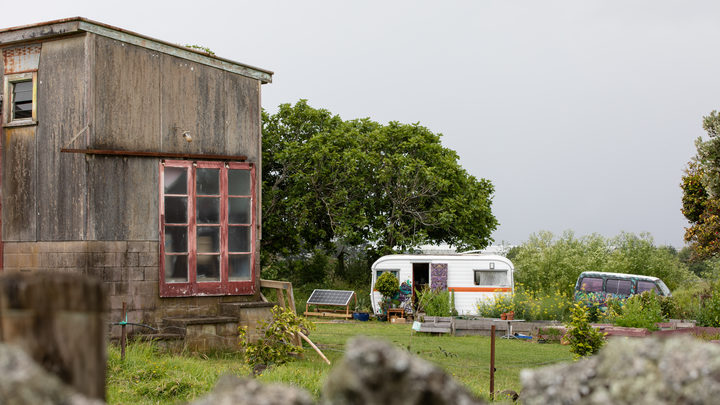 A makeshift village has been set up to protest a planned Fletcher Building development, but the group has heard that they are going to be evicted. Photo: RNZ / Dan Cook

Te Ao Pritchard is part of SOUL solidarity, which is raising awareness across the country of the ongoing occupation at Ihumātao and pushing for people to stop the development going ahead.

She was at the protest in Wellington yesterday where she said around 80 people showed up to learn more about Te Tiriti, sing waiata and wave banners outside the Fletcher Building office in Churton Park.

She said she was supporting SOUL's campaign because she wanted to be on the right side of history.

"This is colonisation in action. The mana whenua of the land were driven from it illegally once, and now Te Tiriti obligations are again being ignored and this culturally sacred land is being threatened further."

She said it was heart-warming to see non-Māori coming along to the protests to tautoko (support) and learn more about historic treaty grievances. 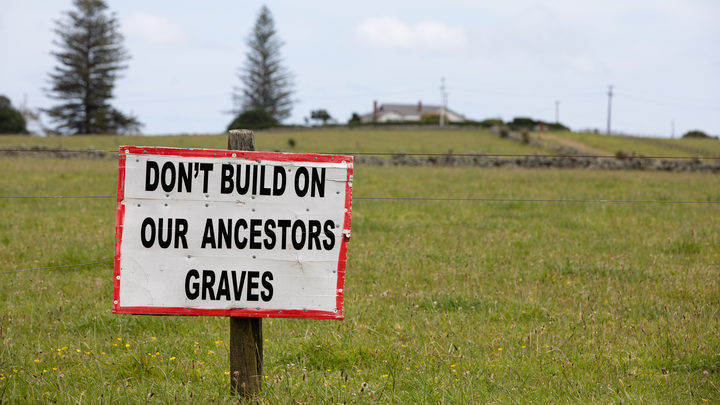 The land at Ihumātao was confiscated by the government in 1863, under the New Zealand Settlements Act that allowed the government to take land without compensation from North Island iwi who were seen to be rebelling against the Queen.

It has been in private ownership since but was sold to Fletcher Building in 2016, which was then granted a consent to build under the Special Housing Act.

SOUL leader and mana whenua Pania Newton said the community were sent a letter last week asking them to leave.

"We've received information that people will be coming in to evict us in the coming weeks and so our stress levels are quite high at the moment - some of us are a bit scared but we've all come to a consensus that we will not be leaving this land.

"SOUL is doing everything possible to avoid confrontation on the land. But our kaumātua are preparing to stand in front of the bulldozers if they come." 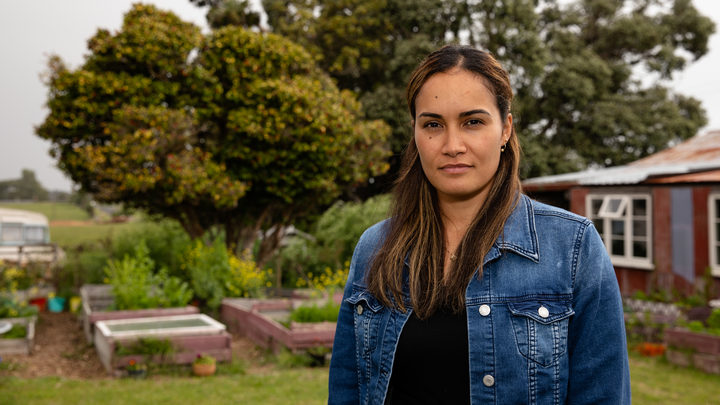 SOUL leader Pania Newton said they will not be leaving the land despite possible eviction. Photo: RNZ / Dan Cook

Fletcher Living spokesperson Steve Evan said that the group SOUL did not represent the wishes or interests of mana whenua, and it has consulted with local iwi.

"For some time now we have been meeting with the SOUL leaders to try and find a pathway for them to voluntarily end their unlawful occupation of our Oruarangi Road site.

"Our land has been private land for 150 years. In the meantime, and against the wishes of mana whenua, they are continuing to prevent us from building much-needed new housing that has been given the necessary approvals for development by council, government and Heritage NZ."