A leader in the Ihumātao occupation in South Auckland is describing a hui with the Māori Development Minister as positive and constructive. 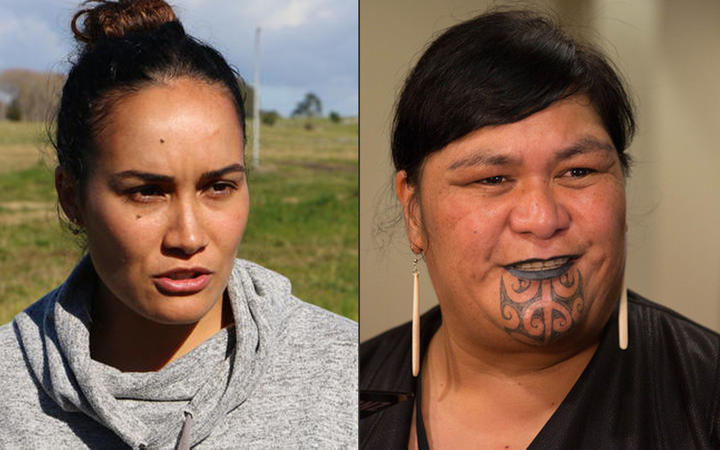 Minister Nanaia Mahuta set off from Wellington this morning to catch up with Pania Newton - the leader of an activist group which has been occupying Ihumātao for years to stop a Fletcher Building housing development.

Ms Newton met with Ms Mahuta today as the designated spokesperson for the local Makaurau Marae, in an effort to find a resolution around the dispute.

Late this afternoon, Ms Newton said it was a positive and constructive hui, and they would be meeting again at a later date.

Kelly Francis, who has been occupying Ihumātao for 18 months, said progress was happening. 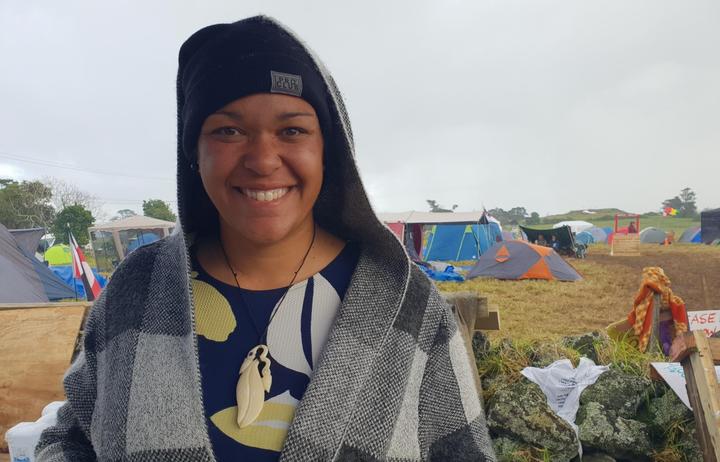 Kelly Francis has been occupying with other protestors at Ihumātao for 18 months. Photo: RNZ / Leigh-Marama McLachlan

"Now, that there's actually movement and we do have politicians who are coming in and wanting to kōrero ... that's great.

"But me being me, and always wanting more and always pushing boundaries, I still think that it is most respectful if Jacinda herself was to turn up."

Prime Minister Jacinda Ardern is on a visit to the Tokelau Islands, but ministers have been meeting with those involved in the dispute since Friday - when Ms Ardern put a hold on construction while talks were held.

The acting prime minister, Kelvin Davis, was also in Auckland overnight yesterday to have meetings about the dispute.

His office said it was a fluid and delicate situation, and would not go into details.

Ms Francis said those at Ihumātao have been underestimated and she was confident they'd get a good result.

"There's absolutely room for compromise but the reality of it is that at this moment, we have the upper hand.

"It's kind of like we've taken over jurisdiction of the road but also the whenua, we most definitely have the upper hand and I don't think we're in a position to negotiate until we can ensure the safety of all of our people and ensure the whakamana of the hui." 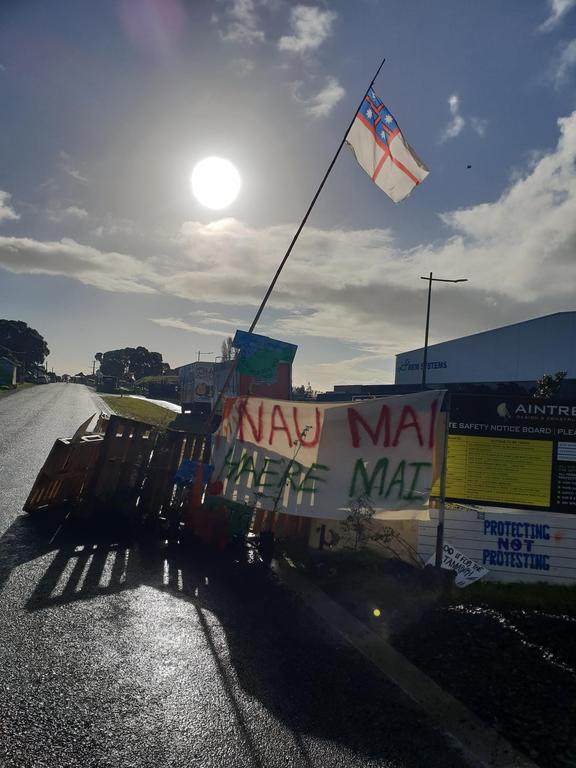 The occupation of Ihumātao on the eighth day since eviction notices were served. Photo: RNZ / Leigh-Marama McLachlan

The occupation at Ihumātao began several years ago but it's been eight days since police tried to evict them. Even the cold and rain has not stopped a couple hundred of the protesters from staying there either.

Ms Newton this morning said that police presence was changing but it was clear the trust was not there.

"They're reducing their numbers, they're now actually coming on our side to make sure we don't get hassled. But that doesn't mean to say we should be relaxed, they are still representatives of the Crown."

Mandated iwi group - known as Te Kawerau Iwi Tribal Authority - supports the development, having made a deal with Fletcher Building to have 8ha of land returned to their people. The Kīngitanga also is in support of the development going ahead. 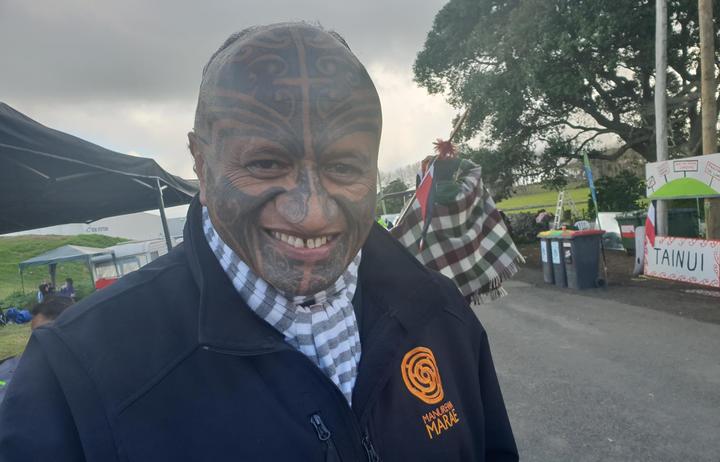 He said the iwi authority had mana whenua status but so did some of those at the protest and they should get a say.

He said it was not uncommon for iwi members to contest an iwi mandate and the dispute would not be easy to resolve.

This afternoon the Māori King Tūheitia announced he would visit Ihumātao on Saturday.

"That is one of the reasonings behind the Kīngitanga stance as well - is that they've asked the kaea te waka which includes all of us that are here in Tāmaki, elders and that, to try and mend the rift between the younger generation and the older generation, and that's something we've got to work through."

One landowner who has lived down the road from the site for 71 years said an important voice was also missing.

She owns three acres of land at the edge of proposed development site, and she thinks landowners should be part of the resolution process.

"I don't mind the protest, but how it's being handled is totally different, like we're irrelevant, like we're no-one. Landowners should be spoken to more instead of being left out, we have rights too, we pay rates."