As hundreds of people continue their peaceful occupation at Ihumātao, kaimahi behind the scenes are making sure every person who visits the site experiences manaakitanga. 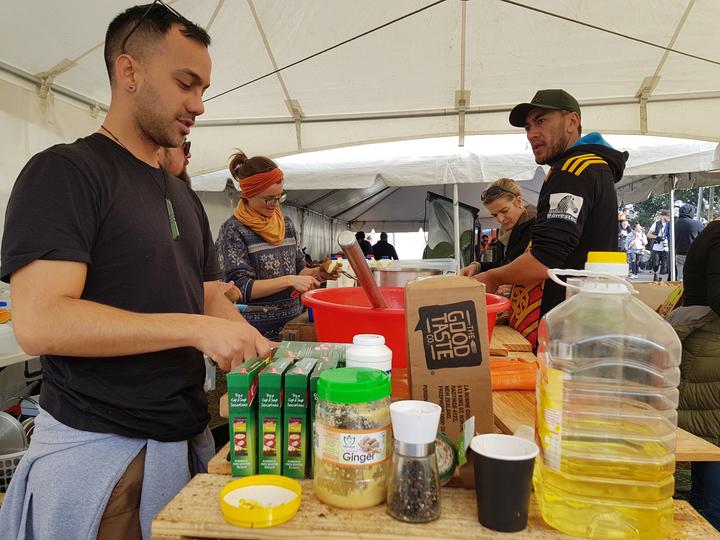 RNZ's Te Aniwa Hurihanganui has been at the site in South Auckland over the past week, and spoke to the workers supporting the fight to stop a new housing development being built on the whenua in their own way.

Three thousand sandwiches were made from sunrise to mid-afternoon last Saturday, as numbers at Ihumātao swelled to more than 10,000 over the weekend.

The sandwich station alone, situated inside a giant marquee opposite the blockade on Ihumātao Quarry Road, is manned with more than 15 people at any one time. On Saturday it took 20 pairs of hands to make enough sandwiches in the morning, and just as many to make another 2000 by sunfall.

Each one was buttered and filled with a variety or combination of egg, ham, chicken and salad, before being stacked in large crates and handed out to the masses. 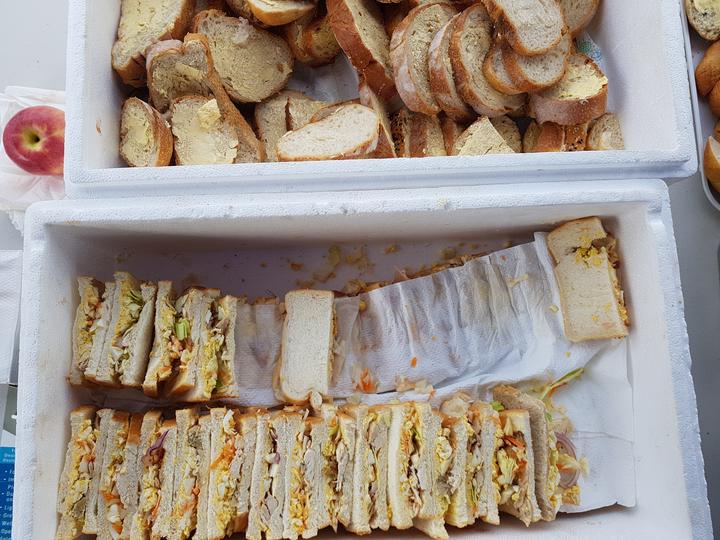 Leading kaimahi at the site is Pauline Nathan who was born and raised at the papakāinga next to the 32 hectare land block where the owner of the land, Fletcher Building, has planned to build a new housing development.

The whenua is her home, and she supports the fight to protect it from construction.

When police arrived at Ihumātao on Tuesday to serve SOUL (Save Our Unique Landscape) protesters an eviction notice, she quickly sprang into gear. She knew more people would come, and made calls to get equipment ready to make sure visitors to the area were going to be fed.

"We were all rushing to get here after seeing the news on Facebook. It was a bit of a shock," she said.

Food deliveries are arriving at the site every 20 minutes. Most are from local businesses and whānau wanting to donate bread, vegetables, meat, fruit, baking, and teas and coffee. 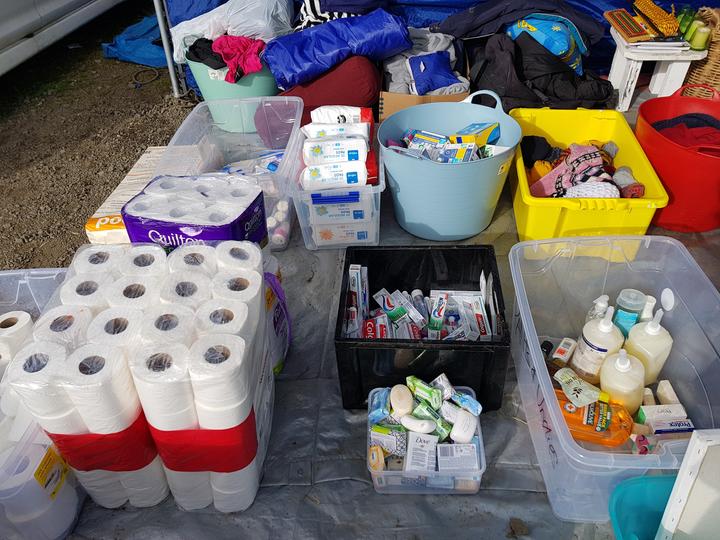 A range of items useful for those camping at the site have been donated. Photo: RNZ / Te Aniwa Hurihanganui

But others are also donating tents, soap, toilet paper, toothpaste, sanitary products, firewood and other supplies for those camping at the site overnight.

About 100 kaimahi per shift are helping to organise the donations, prepare food, cut firewood, and manage parking and security.

Ms Nathan said it was hard not be overwhelmed by the amount of support and aroha people had given at Ihumātao.

"I just feel lots of aroha," she said.

"I'm really grateful to be raised here in the pā, and our desired outcome is to reclaim our whenua, our wāhi tapu and enjoy our whenua the way that it is." 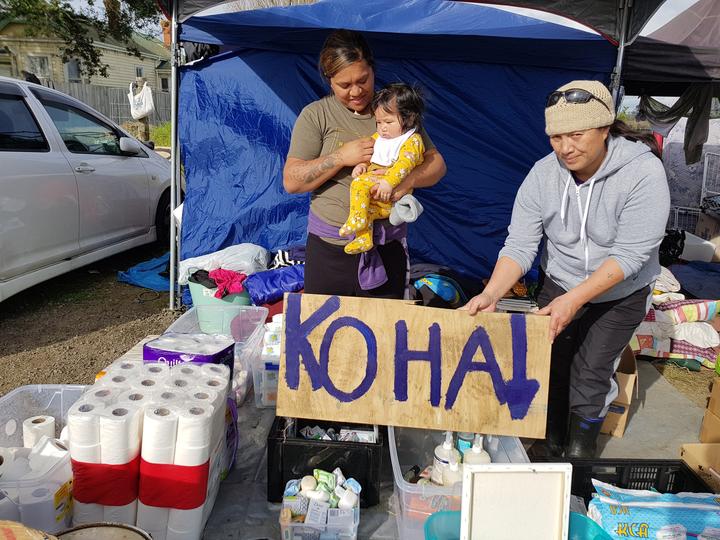 Those protesting at Ihumātao have been benefitting from koha. Photo: RNZ / Te Aniwa Hurihanganui

Lisa Tahere, who was also born and raised at Ihumātao, is another kaimahi. She flew to Auckland from the South Island to help her whānau protect the whenua.

"Over the past week we've seen hundreds of people come in and out to help in all spaces," she said.

She said whānau had been coming to help from the crack of dawn, and heading back to their homes at night.

"The hours I've worked each day has been beyond 10 hours, I'd say. Whānau are getting only a few hours sleep each night, but that's the passion and commitment they have to the kaupapa and to this stand," she said.

She said helping out behind the scenes was their way of contributing to the protection of Ihumātao.

"We want the whenua left for us and our children. We want to be able to look them square in the eyes and say that we did everything we could to hold a place for them. This is their whakapapa. This is their identity and the thing that connects them mentally, physically and spiritually with their kāinga.

"That's what I want for my people." 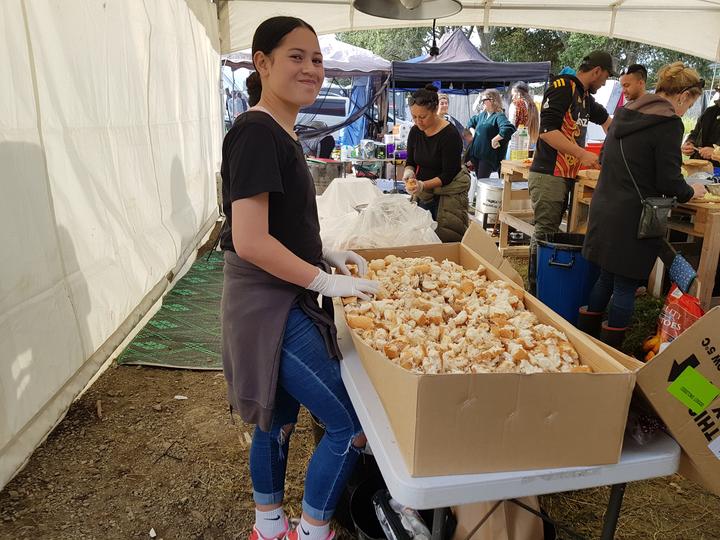 Large numbers of people have been helping out behind the scenes to ensure protesters at Ihumātao are fed. Photo: RNZ / Te Aniwa Hurihanganui