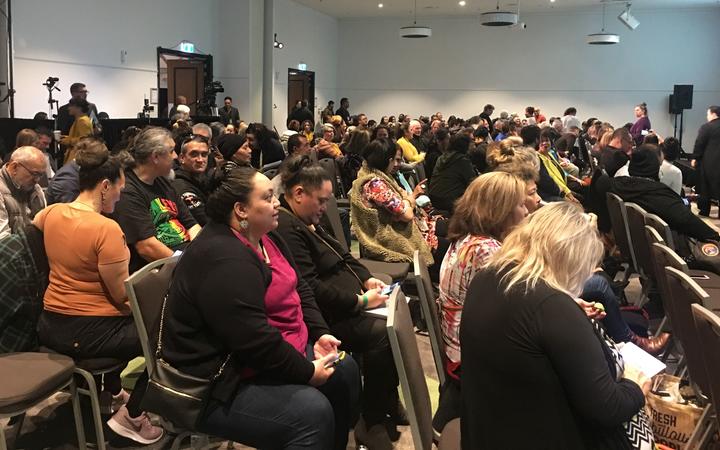 Some of the 400 people attending the hui in Auckland. Photo: RNZ / Te Aniwa Hurihanganui

"As long as you bind to government you get the money, the fish-hooks come with it. The strength we've got, all the Māori entities come together and look at a Māori development plan, whether you're in education, health, kohanga, kura, TV or wherever."

It's one of many major issues at the centre of a hui in Auckland today, where more than 400 people have gathered to launch the fourth inquiry into Oranga Tamariki.

Māori leaders say Oranga Tamariki is continuing to prioritise the removal of tamariki from their whānau without enough investigation or partnership with whānau, hapu or iwi.

Māori know what is best for Māori, says midwife

Midwife Jean Te Huia, the midwife at the centre of the infamous Hawke's Bay case where a young Māori mum feared her baby would be taken and filmed the treatment she faced from Oranga Tamariki, said she didn't want to see another child suffer trauma because they are taken from their whānau.

"What happened with that video is that all the world saw the raw bullshit that goes on 300 times a year with our young mothers when they have a baby.

"And we as midwives who have looked after that whānau for three or four generations don't have a voice to stand up for those whānau. They don't ask us. We're the ones that should say whether they can have their baby or not. We've walked in their homes every day."

She said Māori knew what was best for Māori.

"We know what's best for us. We know what we need. We know who our whānau are who can help each other. We don't need overseas caregivers coming over here.

"Why is it that a mother who lives in Auckland has a baby taken, and that baby is put in the South Island? What the hell is that all about? Why is it that when they take four or five of our kids they separate our babies and our siblings from each other?"

MP Willie Jackson said Oranga Tamariki has demonstrated it does not reach out far enough to ensure a child who must be removed from their immediate family remains connected to their wider whānau.

He said the disconnection of whakapapa is traumatising Māori children and their families, and is urging Māori organisations to step in to ensure that no longer happens.

The high amount of interest has meant that the hui has been shifted from a Māngere marae to an airport hotel.

She said the catastrophic number of Māori children caught up in the system had fuelled the tide of unrest.

"From what we see and what we are hearing, the picture does not look good at all."

Ms Raukawa-Tait said Māori leaders had asked them to do something, and the inquiry would be reporting back to the community. 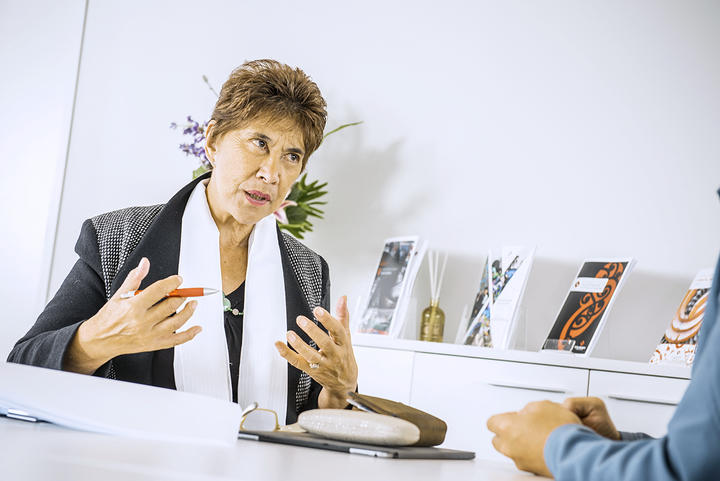 "Just to say 'this is what we have found, these are the things that need to be improved on, that need to be corrected, this is where iwi involvement must come' and we have to be front and centre of any solution around the uplifting of children," she said.

Ms Raukawa-Tait said the way Oranga Tamariki's was operating against its statutory obligations to Māori would also be a focus of the inquiry.

Amongst Māori, she said, there was a "complete lack of trust" in the ministry.

"Really, it's about trust that is not there, it is about a relationship that is non-existent with iwi Māori and so it's very very difficult to have confidence that a government agency will be able to do the best they can.

"I suspect that they are trying, but really I think they're flogging a dead horse."