Māori academics are urging the government to adopt long-standing kaupapa-Māori approaches to keep Māori children out of state care. 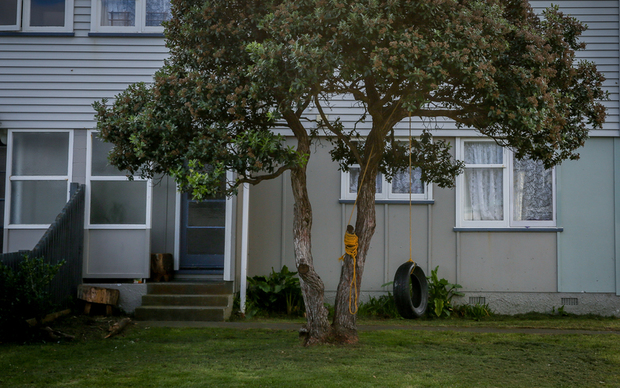 What are the disparities?

The most recent available ministry statistics according to the paper, as reported in 2015, show in the last decade the number of Pākehā children in state care has fallen by 20 percent.

Māori were, however, over-represented in 2015 and though they made up only 30 percent of the annual birth rate they made up 57 percent of children within the Oranga Tamariki system formerly known as Child, Youth and Family (CYFS).

Ms Quince, a lead academic for the paper Care and protection of tamariki Māori in the family court system, said the removal of closed state-care institutions in the 1970s had little effect on Māori children entering state care.

"They are sent to private homes, they're sent to wider family members, and the number of children removed from their families has widened and gotten worse in the last couple of years," she said.

"There have been 20 percent fewer Pākehā children in state care in the last few years - and that gap has been plugged by Māori children."

Some key changes to the way Oranga Tamariki operates will come into force from 1 July this year.

Under the amended Oranga Tamariki Act, one of those changes will require the ministry's chief executive to have the objective of reducing disparities by setting measurable outcomes for Māori children who come to the ministry's attention.

It will also require the chief executive to recognise mana tamaiti, and the whakapapa of Māori children.

Furthermore, it will require the chief executive to develop strategic partnerships with iwi and Māori organisations to improve outcomes for Māori children.

The paper suggested that the measurable outcomes to reduce disparities among Māori, which must be set by the chief executive from July this year, need to take a kaupapa Māori approach.

It also suggested a model known as "Te Whare Tapawhā", which compares a person's health to the four walls of a house that are essential for keeping it strong. They include taha wairua (spirit), taha tinana (body), taha hinengaro (mind) and taha whānau (family).

"Those things have been noticeably absent from the sector," Ms Quince said.

"They sit within an overall ethos of viewing the child within the context of their blood relationships, and their kinship obligations.

"No Māori person is suggesting that we keep children in an abusive home, nobody agrees with that, but we do believe the child should be placed within the wider whānau, the wider hapū and iwi, where it does not sever the child's whakapapa, their cultural identity or their safety."

You can view full paper here.