A pre-school manager trying to report an at-risk child to Oranga Tamariki was on hold for over half an hour with no answer, then again for 20 minutes, she says. 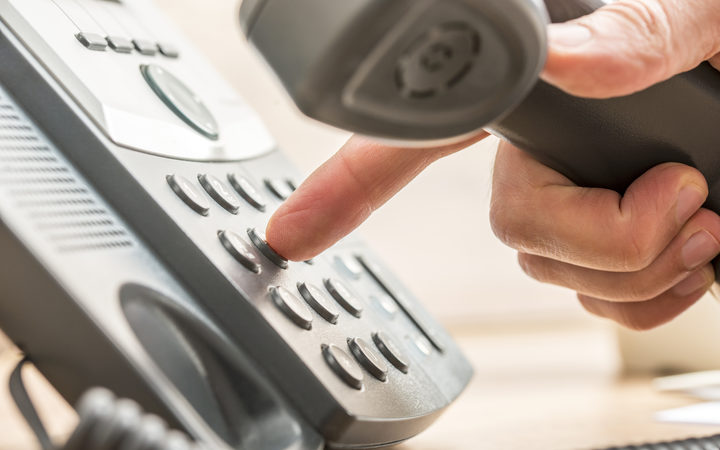 It took a concerned pre-school manager a total of 51 minutes of waiting on the phone before she got through to government agency. Photo: 123RF

The incident yesterday left the manager, Jane*, worried that ordinary members of the public having to wait this long may give up and that cases of child abuse may go unreported.

Set up last year as the replacement for Child, Youth and Family, one of Oranga Tamariki's main stated objectives is to put the safety of children first.

Those wanting to report cases of abuse or neglect are directed to the agency's website to call a special toll free number.

Jane said she had gone to do so after being told about an incident involving a child and a parent.

"The child, I perceived, was at risk. There was certainly an erratic, aggressive parent involved and other issues that I had just learned of that day. Certainly the child could be at risk."

After getting through to Oranga Tamariki's Auckland call centre and providing some details of what had happened, Jane was told she would be put through to a social worker.

But after waiting for 31 minutes on hold, Jane gave up.

If you've been kept waiting to get through to Oranga Tamariki, please contact conan.young@radionz.co.nz to share your story

She tried again in the afternoon and after another wait, this one lasting 20 minutes, she was finally put through to a social worker.

Jane said that as a childcare professional she was always going to keep trying to get help for the child, but worried the general public would be put off after such an experience.

"When you're questioning that decision, if you have that length of time to wait, you could quite easily talk yourself out of it.

"I think children may miss out on having these notifications made."

Oranga Tamariki's contact centre manager Greg Versalko said the delay was because of the sheer number of calls coming through to the centre yesterday.

They normally received up to 1500 calls a day, but by late afternoon yesterday had received 2300 calls, he said.

"But we weren't in a position to anticipate what the volume of calls would be.

"We're going to start some work around working out why the volume was so high."

He said he was sorry for everybody who had to wait longer than usual on Monday to be connected with a social worker.

"I'm obviously going to apologise to that person, it wasn't outstanding service. But believe me, it's one of these things we don't like happening at all and we feel gutted by it."

His agency would now look at developing a phone system that gave priority to the most urgent cases and allowed them to jump the queue ahead of less urgent matters.

Association of Social Workers union head Lucy Sandford-Reed said she was not surprised at Jane's experience and put it down to a shortage of social workers.

"People are carrying bigger case loads. Anecdotally it's hard for people to stay there. There are people who are absolutely committed and passionate and want to do the very best they can, but for others the work and the lack of support is just too much."

The agency needed to take calls from the public more seriously if the high-profile deaths of young children seen in recent years was to be avoided, she said.

"Calls about the potential risk of children being ill-treated or abused, must be taken seriously. People don't have time to sit on the phone ... and get no response. That becomes a disincentive to report."

* Not her real name