A Māori lawyer from the Far North, La-Verne King, has been sworn in as the newest judge in the District Court. 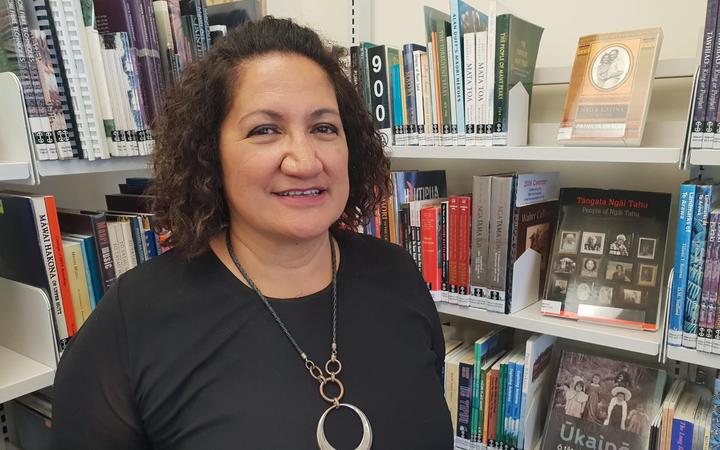 Judge King says many people will need to work for change if her goal of fewer Māori going through the justice system is to be realised. Photo: RNZ / Leigh-Marama McLachlan

Judge King, of Ngāti Kahu ki Whangaroa and Ngāti Paoa, wanted to share the day with students at Te Rangi Aniwaniwa in Kaitaia and opted to have her ceremony at the school hall, instead of the courthouse.

She said she is looking forward to bringing her understanding of te ao Māori to the judiciary.

"The justice system as a whole sees only an aspect to me of what being Māori means - and there is just so much more," she said.

"Hopefully coming from that wider perspective will help in terms of my role as a judge."

Judge King has spent the past year working for Te Korimako, an initiative which aims to support whānau who are at risk of having their children removed into state care.

Her appointment brings the number of Māori district court judges up to 20, out of a total of 160.

"If our courts are dealing with so many Māori, then it is important that Māori are seen throughout the system - including the judiciary."

Her goal is to see a reduction of Māori whānau coming before court and in the prison system, and to stop the pipeline of people going from the Family Court to the District Court.

"It requires many to make that level of change but people work in the justice system because we all have a belief that we want to make society better."

Judge King was sworn in at her children's former kura Te Rangianiwaniwa, before members of her whānau, iwi and school students in Kaitaia.

"I've chosen that setting because I think the justice system can learn a lot about how kura kaupapa operate.

"It is a really positive environment, it encourages Māori tamariki to be Maori. It encompasses te ao, te reo me ōna tīkanga.

"It should be a chance to share with students who are deciding what they want to do in life to see actually that no matter where you come from, you can achieve if you work hard."

About 75 percent of Judge King's workload will be in the Family Court, and she will be based in Whangārei.

"I am looking forward to the change. I have been a lawyer for nearly 30 years, I have worked at the coalface all that time... I believe I can make a difference."