A Māori housing advocate say they are frustrated they aren't being used to help the government reach its housing targets. 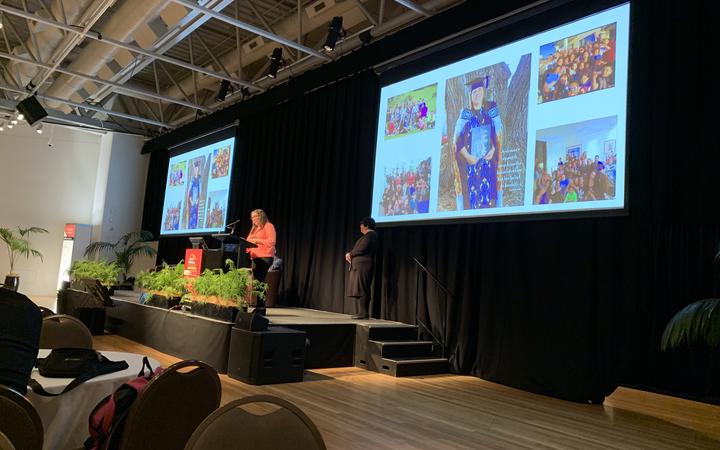 The Shift Aotearoa conference is underway in Wellington, where people from across the housing sector have been the last three days to discuss the current and future state of housing in New Zealand.

Mother, Tammy, addressed the large crowd at the conference, telling a story that unfortunately is all too familiar to many whānau in Aotearoa.

"Our home was cold, it was damp, we had no curtains or flooring. One of my children who was 6 years old, he also was not well and had attended hospital clinics 317 times. I looked at my children and I was sad, I was working part time and I promised I would not move them until we owned our own home, we had many houses but we didn't have a home."

She is now a home owner thanks to community housing organisation, Habitat for Humanity.

"I stand here today as a home-owner," she said.

The current government has commited to help provide affordable and adequate housing, something the community housing sector have been working on for many years.

One of those roopu is Te Matapihi, an independent Māori housing advocacy organisation.

Its chair, Rau Hoskins, said since the Labour government has been in, there is a clearer picture of mainstream housing policies and structural changes that are really moving to the start of the urban development authority come through in legislation.

But, he said, the community and Māori housing sector wanted more commitment from the government to include them in its plans.

"We have a lot of groups out there who have got capacity and experience and commitment to develop their own, 20, 50, 100 housing developments, but they really do need capital from the government to make their projects viable.

"Meanwhile the government is struggling with some of its targets, in terms of KiwiBuild and doing some quite good work with HLC and Housing New Zealand has ramped up its activities and we are getting some traction happening with housing numbers." he said.

But although there have been positive moves, Mr Hoskins said there is some frustration in the community housing sector that they could be doing a lot more to help the government with their own targets. 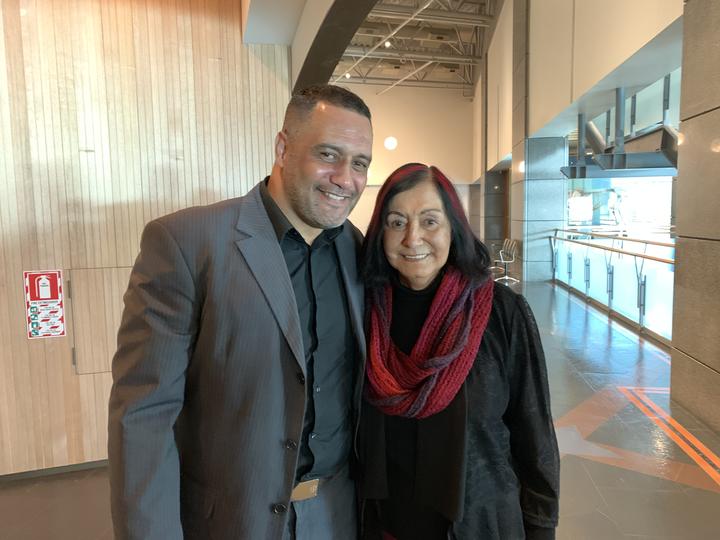 "From a Māori perspective, we generally applaud the additional resource going into housing, and Māori will inevitably benefit from a mainstream housing approach. We are a little frustrated that there hasn't been more work done in terms of specialist Māori housing policy initiatives, then we can really start to target core sections of the Māori community."

Mr Hoskins said he was keen on innovative policies to get more Māori owning their own home, such as intergenerational mortgages and leveraging off current assets such as freehold Māori affairs homes.

"Say an extended whānau has a freehold Māori affairs home in Auckland, they are sitting on a lot of equity there, but where is the product that says we can take your extended whānau and move you into multiple home ownership based on the earners that you have in your whānau. So we are really keen to work with the government on those sorts of innovation and waitng on a bit more of an expression of willingness [from the Government] for that collaborative working relationship."

Te Puea marae is an example of how a Māori approach to housing and homelessness can work well with the help from government agencies.

In 2016 Te Puea marae became renowned for opening its doors to an increasing number of homeless people in Auckland.

Since then, it has grown into the Manaaki Tangata programme which has marae and Ministry of Social Development (MSD) staff on site helping whānau into homes.

And its chairperson, Hurimoana Dennis said it works.

"Our refererals are coming from the motels. We have MSD co-located on-site so our doors are a little bit narrower, we are only looking at mum's and dad's and families, we don't take rough sleepers, so to date there are about 415 people we have moved into homes, 91 families all up."

He said what government agencies do in three weeks, they can do in three days, because of the extended MSD outreach into homes.

"What that means is that they can deliver the sevice from the couch, which has to be the ultimate in social service, so like 'I can see you need a new fridge let me sort that out.' Otherwise it was a trip to the office, with an appointment two or three weeks later, so we are making some small gains."

The Associate Minister of Housing, Nanaia Mahuta, will speak at the conference today and will no doubt face many pātai.