Hundreds of people gathered at Pākaitore in Whanganui to mark 24 years since the iwi occupied the land for 79 days. 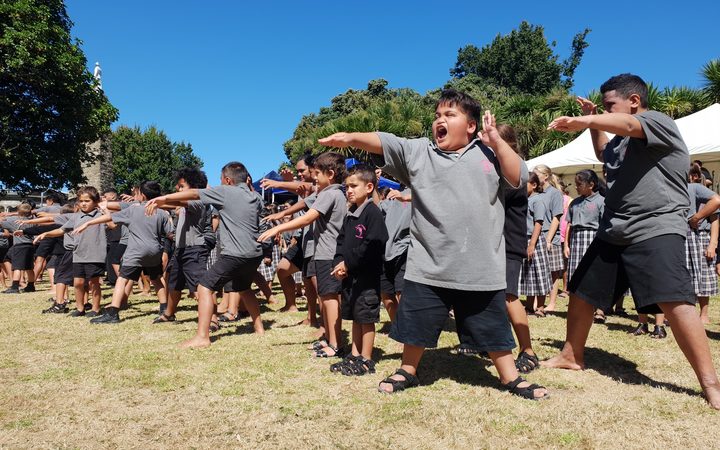 Against a backdrop of the Whanganui River, kōhanga reo children smiled and waved as they marched around the pā, also known as Moutoa Gardens.

The sun beamed down as kura kaupapa Māori students stood to perform kapa haka, with countless spectators holding their phones up to record them.

Iwi leader John Maihi said it was a day of celebration that the iwi promised itself every year since the occupation.

"For us who are staunch, we come back every year. I have been here since then," he said.

"It's important to have our people here and to have these kapa haka going - a lot of the kapa haka is about the history itself."

Asserting their authority over the land, Whanganui Māori began the occupation of Pākaitore on 28 February 1995, claiming the Crown never purchased it.

That was denied by the city council, which polarised the community. The occupation ended peacefully 79 days later, when hundreds of protesters left the grounds before dawn.

Mr Maihi said many of the elders at the time had since died, and he was concerned that younger generations were not learning about what happened.

"For me it is a memory, and I think it is an important pā to keep alive and really to get the stories to our younger people - we haven't been very good on that.

"This morning after the karakia at the river, that was one of the big subjects. How are we relaying our history back?" 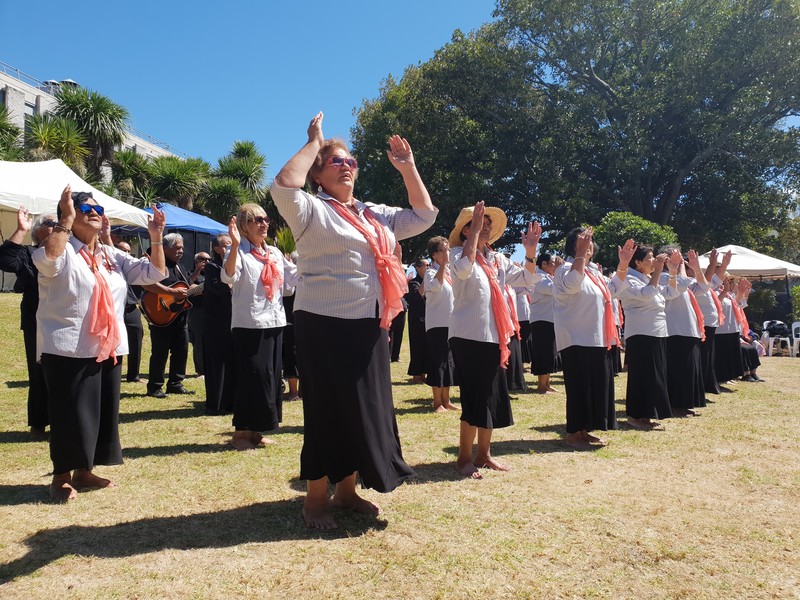 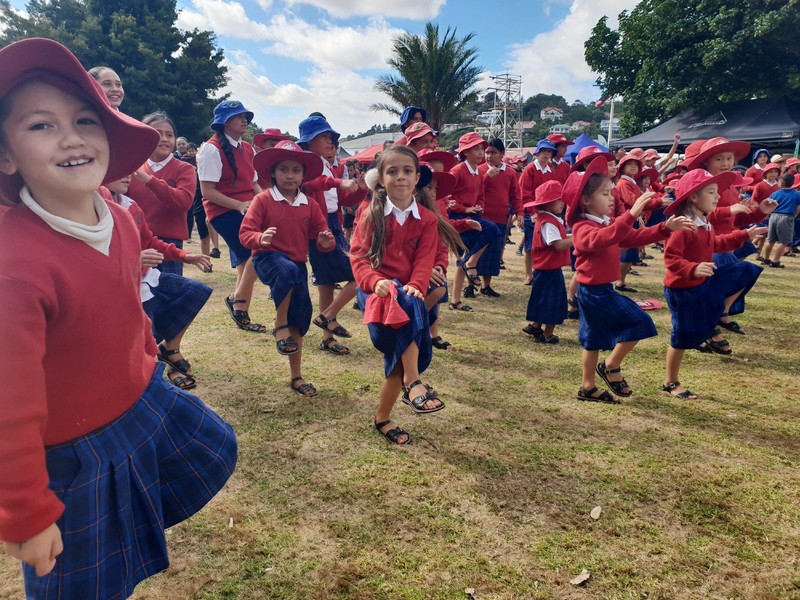 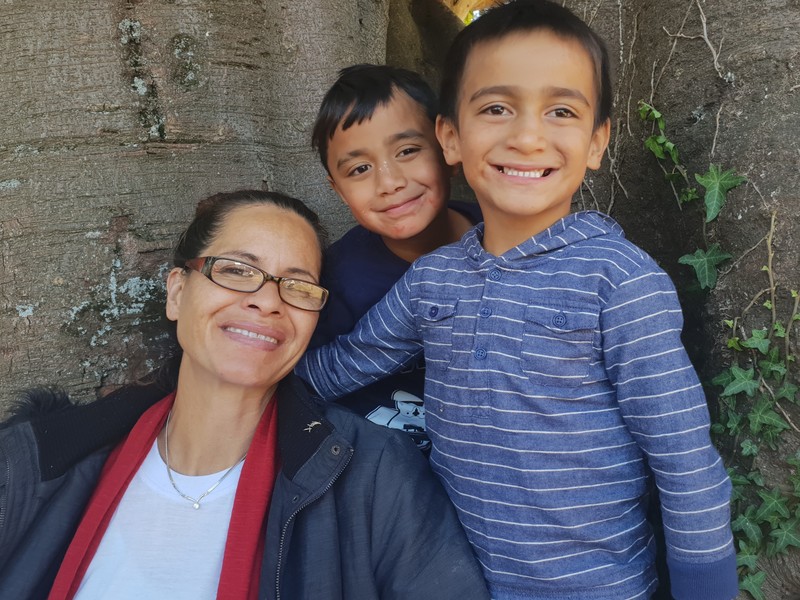 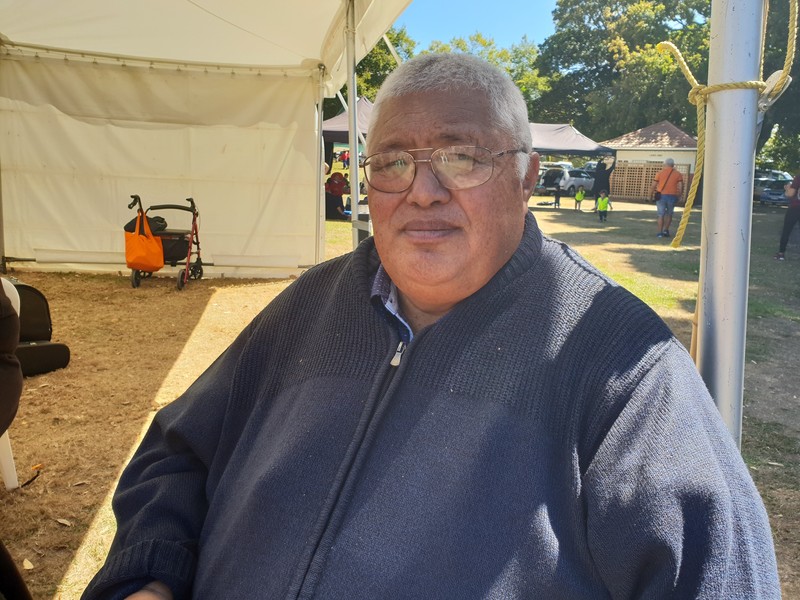 Iwi leader John Maihi has sat on the paepae every year since the 1995 occupation at Pākaitore. RNZ / Leigh-Marama McLachlan 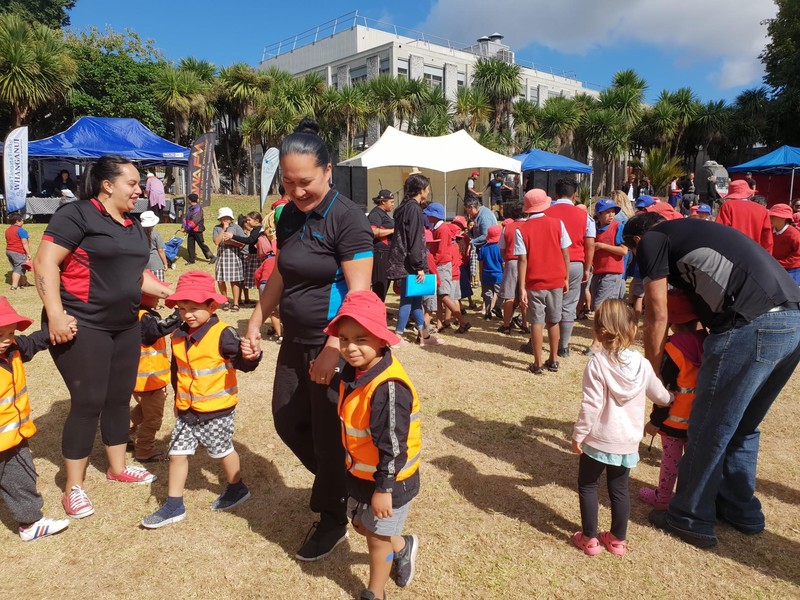 Pākaitore Day was about the local mokopuna enjoying themselves and acknowledging their history. RNZ / Leigh-Marama McLachlan 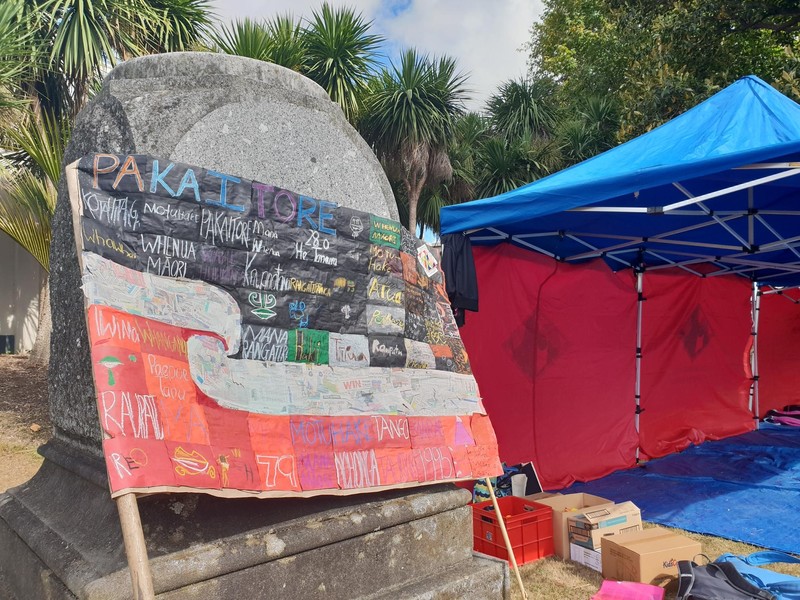 A school flag designed by students is on display. RNZ / Leigh-Marama McLachlan

Food stalls flanked both sides of the street, which separates Pākaitore from the river. The grounds were packed with hundreds of people of all ages - children climbed trees and kaumātua performed kapa haka.

Watching from the crowd was Kristel Hepi, who was in her early twenties with her first child when the occupation began in 1995.

"I remember it being very much like it still is today. It was such a beautiful time to be here. And as awareness grew around the motu, many other people from around the rohe came to tautoko.

"On the day of eviction, our people were being forced to evict this pā, it was called D day, the community at large formed a human barrier, a ring, around the pā. It was in support of our people who were here in protest for our land back."

Ms Hepi was joined at Pākaitore today by her two youngest children and her grandson, and said she loved attending the annual anniversary event.

"It gets more beautiful because as the next generation comes along, they too are learning and being able to hold the mana of Pākaitore."