The Māori Anzac memorial service in Whanganui will be held at a different venue this year because the cenotaph that's being restored at Pākaitore, Moutoa Gardens won't be ready in time. 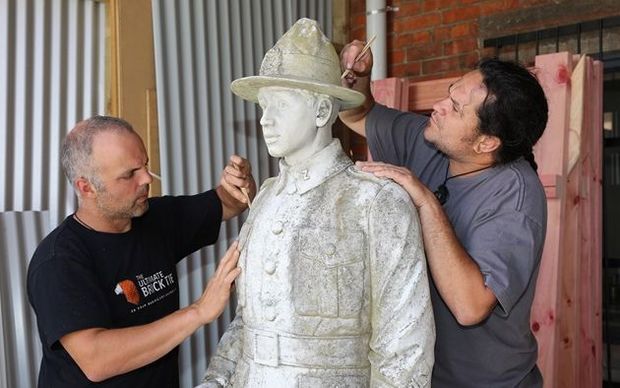 It was unveiled in 1925 and was the first memorial to honour Māori soldiers who fought in World War One.

It is costing half a million dollars to repair thanks to the Lottery Grants Board.

A Whanganui iwi man working on the project, Adrian Te Patu, said both the dawn and morning services will be held instead at the War Memorial Hall.

"In an ideal world this would have been ready and the Pākaitore Trust [Historic Reserve Trust who are behind the project] would have been able to have the ceremony [at Pākaitore/Moutoa Gardens]", Mr Te Patu said.

"But it's not going to make it on time so it was decided by the RSA, I understand, to have the service up in [the] memorial hall at 11 o'clock. The actual dawn service this year in Whanganui is also going to be held there. Both memorial services are going to be had [held] away from where they're normally done each year". 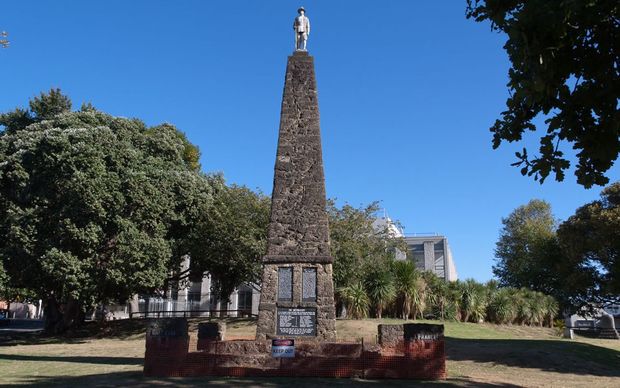 Whanganui cenotaph as it stood at Pākaitore/Moutoa Gardens, before it was restored. Photo: nzhistory.net.nz

Mr Te Patu said the memorial was significant in that the actual statue on top is not a generic soldier but a man from the Ngā Rauru tribe in South Taranaki, Herewini Whakarua, who died from wounds he received on the western front in France in 1917.

Adrian Te Patu said the statue was commissioned by his family who also donated it to the citizens of Whanganui.

He said although the memorial would not be ready in time for 25 April, it will be repaired by the time Prince Harry paid his visit to Whanganui on 14 May.