Te Matatini, the national Kapa Haka competition is no ordinary festival, it is where the crème de la crème of kapa haka come together. 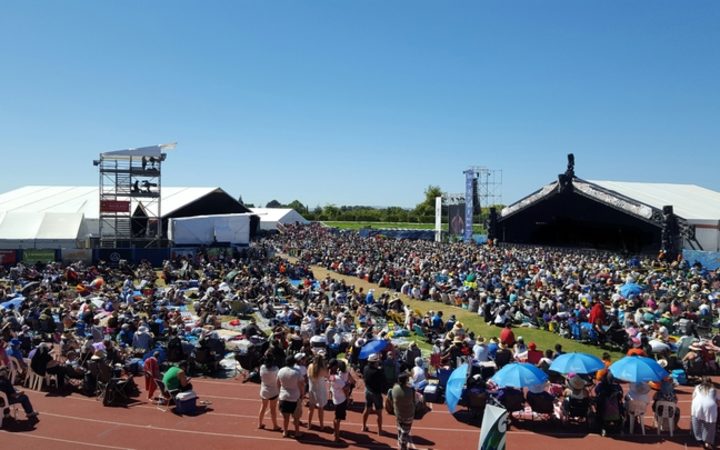 The festival has attracted thousands of visitors over the years. Photo: RNZ / Shannon Haunui Thompson

Forty-six groups from 13 regions within New Zealand and Australia take to the stage to try and claim the number one spot.

Kapa is a noun meaning rank, row, line or team.

Haka is a verb meaning to dance or perform.

Those are the formations you see standing side by side, lined in a row.

At Te Matatini, there are very formal rules.

Only 40 performers can be on stage - which is usually broken down to 20 women and 20 men.

Each performance bracket is limited to 24 minutes and if you go over that time you get points deducted.

In each bracket there is an order that must be followed starting with the whakaeke, that's the entrance item or how the group starts off their set. 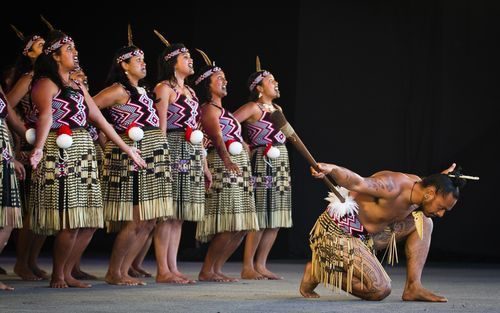 Sometimes it will start off with a waiata tira - a choral item.

That's followed by the whaikōrero, the speech by the kaitātaki tane, the male leader usually.

His kōrero usually introduces his rōpū (group) and speaks of the hosting group, in this case it's Te Whanganui-a-Tara (Wellington).

This is followed by the mōteatea, a traditional chant.

Then usually it's the poi, waitata ā-ringa or action song, followed by the haka. Finally the whakawātea, the exit or the song that ends the bracket.

There is a set of four judges for each item and they usually represent each region.

While it's a huge Māori reunion, with 60,000 people expected to attend the event over its four days, the competition is fierce and being named the champion has a lot of mana.

The theme of this years festival is 'Te Matatini ki Te Ao' - meaning Te Matatini to the world.