It swings, it twirls and it flies... the poi is an instrument at the heart of any kapa haka performance and yesterday more than 100 Wellington city-goers had the chance to use one for the first time. 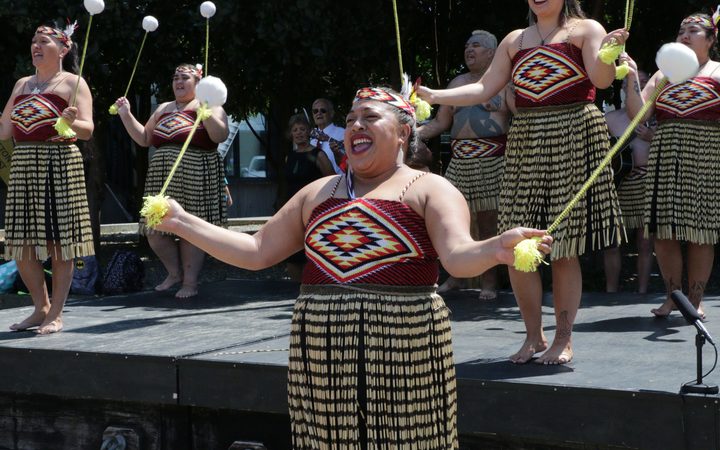 The pop-up poi performance, led by New Zealand's oldest kapa haka group Ngāti Poneke, is one of many events to mark the up coming Te Matatini festival.

The hand-held ball attached to a piece of string is struck and swung in rhythm. In the hands of experts, it dances.

But as many found out, it's not as easy as it looks.

"I was really excited about having a go at this [and] I've seen lots of performances. It's a lot harder than it looks though they look very relaxed while they're doing it. I definitely don't look relaxed," one audience member said.

Others said the hardest thing about learning was trying not to hit themselves while swinging away.

Ngāti Poneke kaumātua Bill Nathan said watching the audience give the poi a go was a beautiful introduction to Te Matatini, set to arrive in the capital next month.

"It is bubbling, it is exciting, it is exhilarating [and] it is a showcase of kapa haka at its best and that is what Te Matatini is about.

Mr Nathan said kapa haka could be performed by anyone. 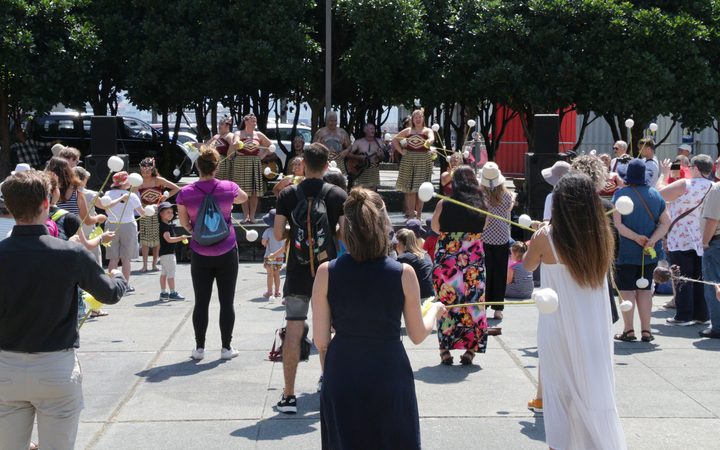 He joined Ngāti Poneke in 1955, and he doesn't plan on giving it up anytime soon.

This year Te Matatini expected to bring almost 60,000 people to the city for the four-day event.

Wellington's deputy mayor, Jill Day, didn't rate herself very highly when it came to using the poi, but she was excited to see more of it.

"My skills as a poi performer are definitely nowhere at the level of the performance that will be coming February.

"Te Matatini will bring a lot to the city in that it puts Māori culture front and centre stage of the city and it gives people an opportunity to see what we can achieve in the city when we put something like this at the stadium."

Out on the waterfront today was Charlotte from the UK, who won free tickets to the event.

"I know about the kapa haka and I've been learning about the Māori culture [and] I think it's wonderful. I think that more people should learn about it because I think it's such a lovely culture."

If you want to see experts in action, Te Waka Huia will be in Wellington taking on more than 40 groups to retain their poi title.