People keen to check out the biggest kapa haka festival in the country are being warned to beware of scalpers. 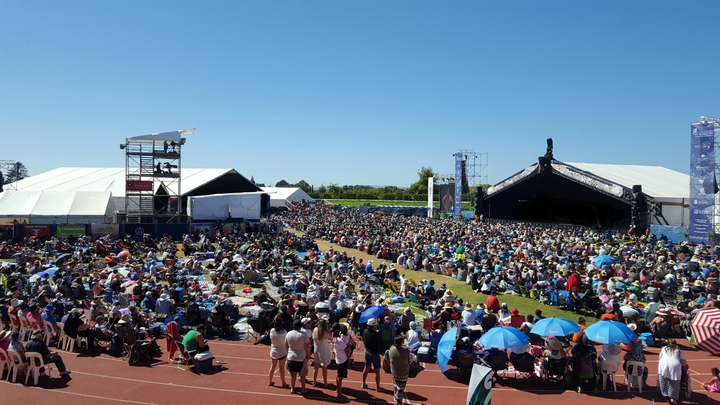 The festival has attracted thousands of visitors over the years. Photo: RNZ / Shannon Haunui-Thompson

Almost 60,000 people are expected in Wellington next month for Te Matatini ki te Ao which runs from 20 till 24 February.

It has been 40 years since the competition was held in the capital. The festival is projected to bring in almost $20 million into the Wellington region.

Corporate tickets priced at $600 each were snapped up in less than a minute.

Scalpers are now selling them for twice the price although standard tickets are still available from $40.

Chief executive of Te Matatini Carl Ross said the corporate area this year is the biggest they've had.

He said there wasn't much that could be done about tickets being resold at a higher price. It wasn't only the corporate tickets being scalped, he said.

"We've made a complaint to the Commerce Commission and we've gone through to all our strategic partners and their comms teams to get the message out far and wide," he said.

"We're getting the word out there, but we can't stop it. It's not good at all."