Māori artists and performers have come together to create a song to further promote Māori performing arts in preparation for the worlds largest kapa haka festival. 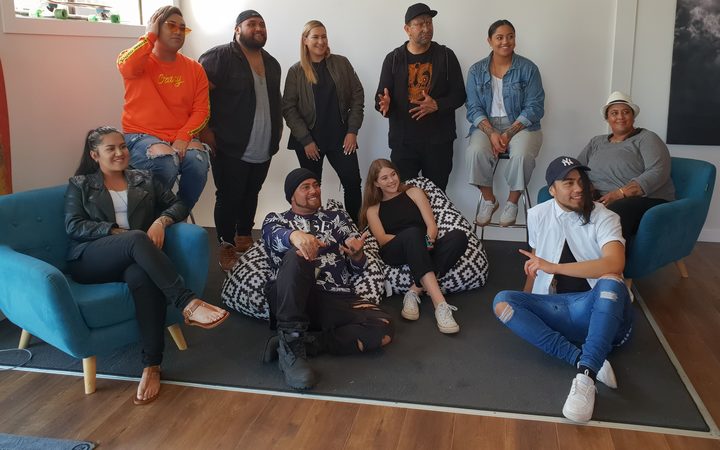 The title of the debut single is called 'Te Matatini ki te Ao' which is the theme of next years Te Matatini festival.

There are 10 people involved in delivering the song who all come from kapa haka background, or are current performers, tutors or composers of kapa haka.

Renowned Māori artist and Te Matatini performer Rob Ruha said the song is really what the festival is all about.

"It's about bringing people together, celebrating culture and history and positioning it in the future."

Pere Wihongi of Maimoa helped arrange the tune for the song and said the caliber of the voices involved in this project has been overwhelming.

"We've got people from bands like Hamo Dell and Neihana Mackey-Harrison (Tomorrow People and 1814) and then Te Matatini stars like Ginny Maxwell who is one of Waka Huias main soloist,

"We also have the up and coming like Jaedyn Randell the Māori Moana" he said.

Jaedyn Randell is also a leader of the kapa haka group Te Maurea Whiritoi and aspires to eventually perform at Te Matatini.

"My goal is to stand with Te Iti Kahurangi one day and I hope it's something I can achieve in the near future.

"It's just an amazing event that gives the opportunity to showcase our culture and people from all around the world can come and appreciate that with us."

Next years event is set to be held in Wellington from the 20-24 of February at the Westpac Stadium.

46 groups from 13 regions within New Zealand and Australia take to the stage to try and claim the number one spot.

The words in the song disregard the competition side of the event and highlight the positives, Pere Wihongi said.

Rob Ruha is set to return to the Te Matatini stage for the first time in five years with Te Kapa Haka o te whanau Apanui.

"It is about cultural celebration in the wider sense so I'm backing te ao Māori" he said.

The single is set to be released later this month.