Iwi leaders want more influence over government policy and a stronger relationship with the Crown. 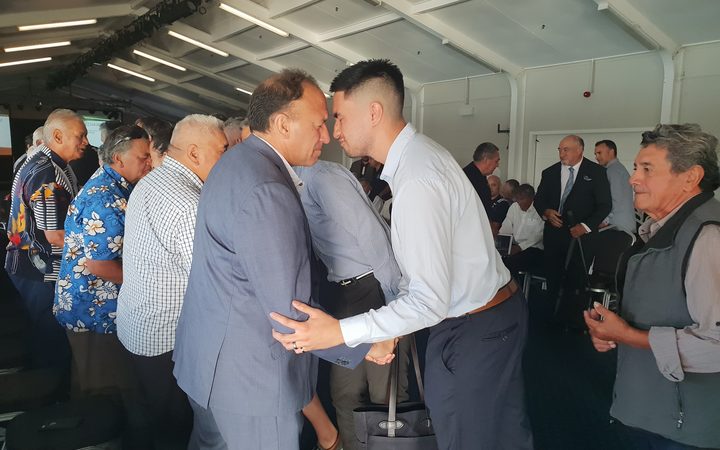 More than 160 people are meeting in Waitangi over the next two days for the first Iwi Chairs Forum of the year, where they discuss and debate issues facing Māori.

Waikato-Tainui iwi leader Rahui Papa said the Crown-Māori portfolio, which was introduced by this government, could open up opportunities for more Māori input in government policy.

"We think that Te Arawhiti, the new Crown-Māori relations offices, there can be a whole new number of discussions about the inclusion of Māori into the policy making and policy decision making of the government.

He said poverty, Māori reoffending and incarceration rates, drugs and alcohol abuse are affecting whānau at the coal face, but he said strengthening the relationship with the Crown would improve those negative outcomes.

"If we can really cement the Whānau Ora framework and the framework outcomes we have devised in the Iwi Chairs Forum, if we can cement those into policy processes ... so that those departments must report against them, then we will see a decrease in those negative statistics for Māori."

Dame Rangimarie Naida Glavish of Ngāti Whātua was sceptical about Te Arawhiti and questioned the role iwi would play in it.

She will be leading a presentation on Whānau Ora, as Rahui Papa can no longer make the hui.

She said the flagship Māori policy was not being adequately supported by this government.

"Whānau Ora framework that was agreed by the last government and iwi chairs has been ignored totally, and yet it is perfect - it was written by Māori."

Concerns were raised at the last Budget in May 2018 when the government put no new money into Whānau Ora. Instead, it ordered a review of the policy to assess its outcomes - with a report due out in November.

The report is yet to be released.

"It doesn't matter what anybody comes up with, it can't deviate from what iwi are asking for," Dame Rangimarie said.

"So the question is: Does this government have the courage to work alongside iwi to achieve the promises that have been made and not delivered?"

Far north iwi Ngāi Takoto is hosting the forum this year. Its rūnanga chairperson Wallace Rivers said freshwater would be a key topic for discussion.

"Our whole being is centred around fresh water. It is a large part of who we are and where we come from.

"We want to be partners in the economic gains that come from fresh water and we are not there yet.

"We feel that we are left out there and other non-Māori interest have always been advantaged ahead of us."

However, it was quickly rejected by iwi, who complained that there had been no prior engagement with them about the proposal.

Mr Rivers said there were also concerns Māori would remain disadvantaged against other stakeholders under that model.

A government delegation including several Māori ministers and Prime Minister Jacinda Ardern will arrive tomorrow. The iwi chairs will present to the group, before the prime minister addresses them.

The hui marks the beginning of a series of engagements in the Bay of Islands in the lead up to Waitangi Day next week.