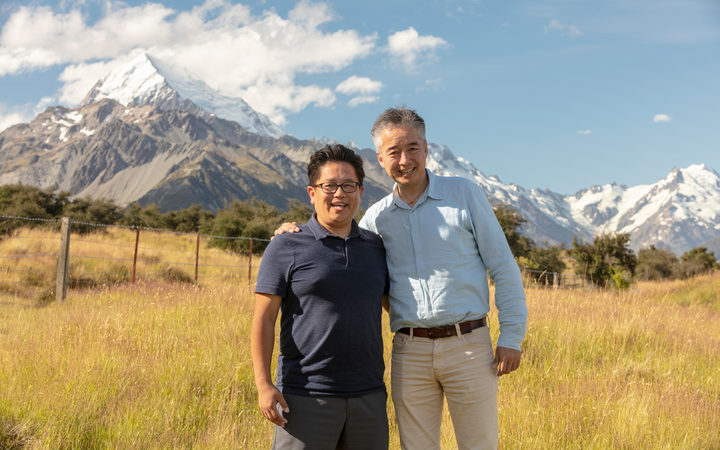 His sons Norbu and Dhamey Tenzing Norgay are visiting New Zealand to learn and share about how to combat the potential negative effects of tourism on indigenous land and people. Increasing numbers of visitors to Everest have led to mistreatment of the region's indigenous people and environment.

Norbu is the vice-president of the American Himalayan Foundation, which supports education and healthcare initiatives, and cultural and environment preservation in the Himalaya.

He said he admired how Māori protected the environment and its people.

"Just like you want to go to the store and buy organic vegetables, when you climb Everest, look into the eyes of a child with a father who is going up the mountain and say, 'I'm going to take care of your father and I'm going to bring him back safe.'

"[Māori] culture is strong, and more purposeful than anywhere else in the world that I have visited." 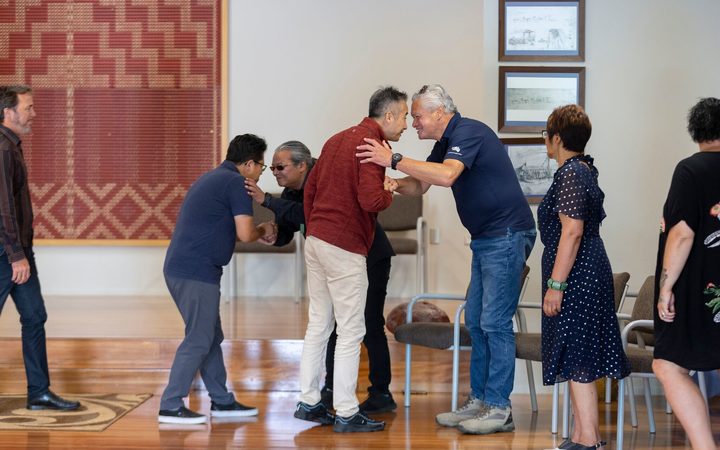 The brothers were taken to Aoraki-Mt Cook by Ngāi Tahu. During their time with the iwi they visited Tuahiwi Marae in North Canterbury and Arowhenua Marae near Temuka. From there they travelled to Aoraki.

"We have a responsibility, to our land and our people, to ensure that growth in tourism numbers is sustainable and respectful, and that our whenua is protected for us and our children after us.

"The decisions we make now will impact on the lives of our mokopuna."

Ngāi Tahu know Te Waipounamu (the South Island) as the waka that carried four sons of Raki, the sky father, to meet his second wife Papatūānuku, the earth mother. The sons journeyed from the heavens and when they sought to return, the karakia or incantation failed, overturning their waka, which became the Te Waipounamu. The brothers climbed on top and turned to stone and became the mountains that comprise the Southern Alps, including Aoraki.

The Tenzings will travel to the Te Ika-a-Māui (the North Island) where they will meet Te Kāhui Maunga: Tongariro, Ngauruhoe, and Ruapehu.