Politicians have been challenged at Rātana not to ignore the faith that drives its thousands of followers.

But when it comes to politics, the church and its morehu (followers) are satisfied with this government's progress so far.

Politicians from each party are given the opportunity to speak at Rātana and Labour's Kelvin Davis and Peeni Henare addressed the morehu in te reo Māori.

But the big address, usually delivered by the prime minister, was this year delegated to her deputy, Winston Peters.

"There has been comment, that the prime minister of New Zealand has been insulting to Ratana by not being here," he said.

"Everyone in Rātana knows full well that the Prime Minister's purpose offshore is to represent every single person in this marae, in this movement, and everybody in this country." 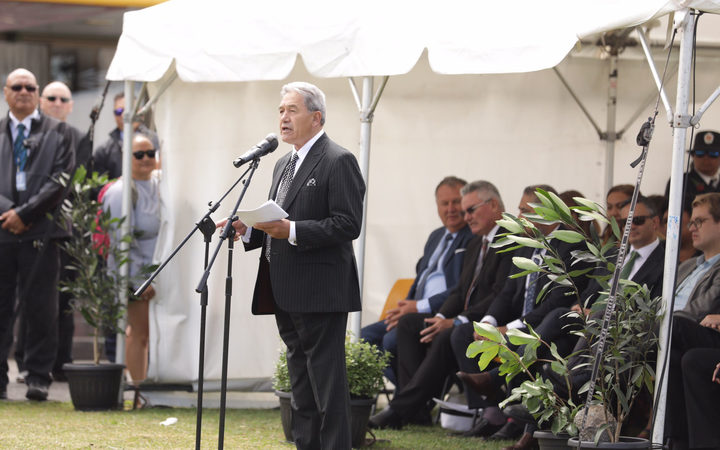 Jacinda Ardern is in Davos in Switzerland at the World Economic Forum, rubbing shoulders with the likes of David Attenborough and Prince William.

Mr Peters brushed off reporters' questions on her decision to skip Rātana for the international forum, despite criticising the former Prime Minister John Key for doing just that in 2015.

"Look I'm not going to have a controversy constructed by some colonialist mentality that says that somehow the Rātana people and all of Māoridom are going to be insulted by her not being here. That's bulldust and I'm not wasting my time with it. Next question."

In his speech on the pā, he called for all Treaty settlements to be completed by 2024. 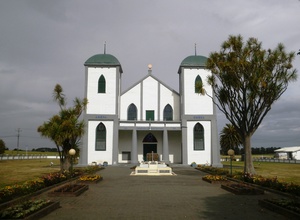 "1924 was when T.W Rātana took a petition on the Treaty on land confiscation to our Parliament. It will be 100 years from that time in 2024 - that would be a good goal."

Mr Bridges promised to help out the Treaty Negotiations Minister in achieving that goal - saying he wouldn't be throwing stones at Andrew Little on this one.

But he went on to criticise the government's actions for Māori, saying the Coalition simply didn't have a plan.

The church had some gripes to make, with one minister saying he didnn't understand why he has to pay registration fees to the government for doing Jesus' work. Another asked the Crown to better recognise the Rātana faith.

Overall, the Rātana following is still sweet from the prime minister's last visit, with church spokesperson Mita Ririnui saying the Rātana community remain on a high from that day.

And today Mr Peters has promised them, in the words of his colleague Shane Jones, that he would get the nephews off the couch.

"We are setting out to create jobs in the regions and the provinces, to ensure that no part of New Zealand is forgotten."

However, Mr Peters admitted this government would be judged on its record and said he would welcome that next year.