The University of Otago has never seen so many Māori students studying to be doctors, new research from the New Zealand Medical Journal shows. 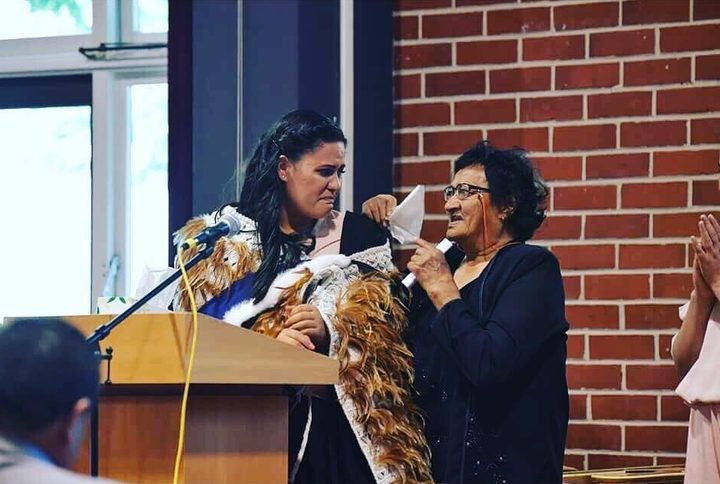 Postgraduate student Nadine Houia-Ashwell (left) finding out that she had been accepted to medical school. Photo: Supplied

Māori students studying a professional health science programme between 2010 and 2016 rose from 138 to 309. For Pacific students, numbers increased from 57 to 126.

Postgraduate student Nadine Houia-Ashwell, of Te Rārawa, Ngāpuhi, Kaitahu and Ngāti Porou descent, remembers the moment she told her family she got into med school.

She remembers because it brought her to tears, and it gave her a pathway to give back to her people.

"I think it's about giving back to my whānau my hapū and my iwi, they've supported me a lot. I come from a single parent house-hold and my mum and my grandmother are the matriarchs of my whānau so being able to give back to them means everything.

"Like, for instance, a couple weeks ago my little brother went in for open heart surgery and a pectus repair and so being able to fly out to Starship Hospital with my whānau who haven't necessarily had much to do in terms of how to communicate with health professionals, I knew I was putting my study into practice.

"I'm still studying but, as a doctor, just imagine the things that I'll be able to help my whānau with in the future."

Seeing so many Māori students in her lecture halls had been pretty amazing, she said.

"When I hear stories from my tuakana, they talk about how there's only one or two of them, you know, it's very obvious who the Māori students are. Now, we take up a good mass of the Colquhoun Lecture Theatre which is a pretty awesome feeling and thing to be a part of."

Ms Houia-Ashwell said Māori brought value to the health care sector because many could relate to the issues and circumstances Māori patients had.

"I think a lot of these Māori students are coming from the same communities. They have lived experience. When it comes to delivering health care in New Zealand I think, above anything, that is what makes an awesome health professional.

'I was gonna fail university' was my assumption

Under-graduate med student from Hamilton, Jermaine Maika, said a common thought among Māori was that they were not smart enough to enter the field of medicine.

"I sort of came down here with the assumption that I was gonna fail university and go home and I think most Māori people aren't even aware that there are opportunities like this to come here.

"But one strength Māori people will always have is the whakawhanaungatanga [process of establishing relationships] they bring to the environments that they're in, especially with the doctor-patient relationship.

"That's such a key part here, and most Māori naturally do this because it's just such a part of te ao Māori." 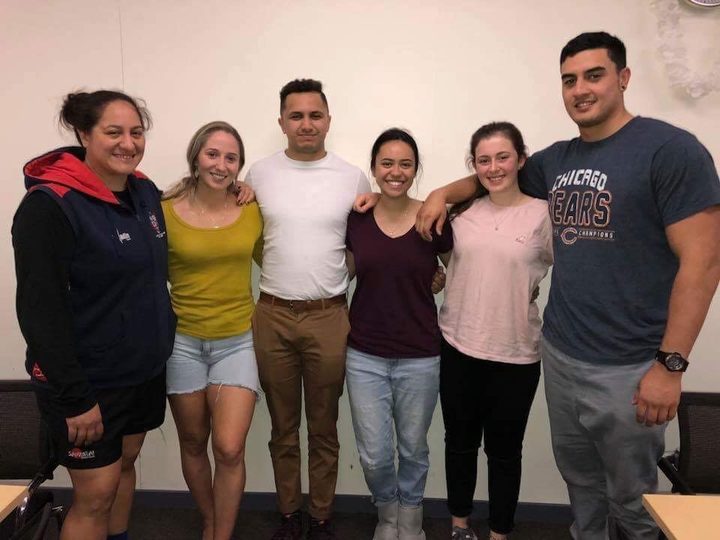 Māori health statistics were among the worst in the country, but that was what drove him to succeed, Mr Maika said.

"My target group of patients that I'd like to be treating is ideally Māori and Pacific people because we have such poor health statistics. I think part of going through the Māori pathway is about saying to the university that, yes, I'm going to be a doctor that will help this group of people in society.

"You're unique because you can relate to them and you're willing to help them."

Pro Vice Chancellor Peter Crampton said the increase in Māori and Pacific students was a positive step in ensuring health workers in the future better reflect the people of New Zealand.

"This is the vision: that when you and I engage with the healthcare system, wherever we may engage, it might be with our own doctor, or with the nurse or with the hospital or with the physiotherapist, or the pharmacist, that there is every likelihood we would be engaging with a Māori health professional.

"We want that to be normal, and in the past that has not been normal."

Other figures from the study show the number of Māori students in the Bachelor of Medicine and Bachelor of Surgery program rose from 78 to 218.

And the percentage of Māori students in the Bachelor of Dental Surgery programme increased from 12 to 28 students since 2010.