Three Auckland district health boards and the Health Ministry are digging deep to boost Maori and Pacific representation in the health workforce. 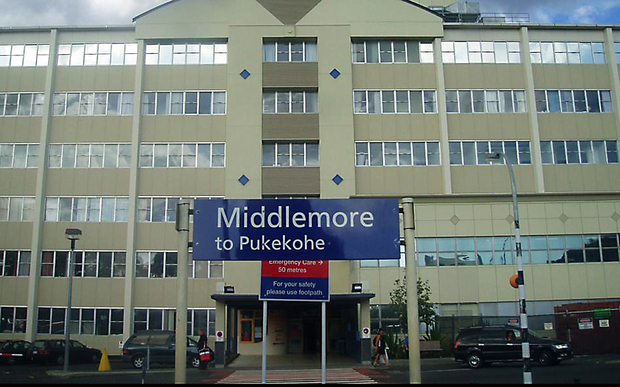 Only 11 percent of the staff at Counties Manukau DHB are Pacific people. Photo: SUPPLIED

The "grow your own" workforce initiative has been led by Counties Manukau DHB in south Auckland where Pacific people comprise 21 percent of the local population but just 11 percent of the staff of the DHB, including at busy Middlemore Hospital.

Backed by a $1 million grant from the Tindall Foundation, the DHB established Health Science Academies at James Cook and Tangaroa colleges in 2010 for Maori and Pacific students with an interest in and aptitude for careers in health.

These provided extra tuition in science, maths and English, to prepare the students to gain entry to tertiary study, including medical school, and direct contact with doctors, nurses and others in the medical field.

Director Margie Apa said in total, more than 60 students had now gone through the schools.

"Not all those students went on to tertiary study in health sciences, and so we're following up with most of those students [as to] where many have gone.

"We found that about half of our students went onto tertiary studies in the year following school. Many of the other students who didn't carry on that we spoke to actually needed to do an additional year of health science just to get their grades up to meet the programme requirements."

She said the Tindall Foundation had seed-funded the programme for the first three years, but the DHB funded it last year and was committed to providing a further $25,000 for each secondary school over the next decade.

As well, the Health Ministry will fund a similar programme at the Catholic boys' school De La Salle College.

Ms Apa said it was about developing a workforce that reflected the diverse south Auckland community.

"We believe that if we have a better match between the workforce and the community we represent, we're more likely to be able to deliver services in a way that is responsive to our community."

DHB chief executive Geraint Martin told MPs recently that all those who went through the programme and qualified would be offered jobs at the DHB.

"We're the largest provider of jobs and education, and jobs and education are probably the thing that closes inequalities. And if we manage to get a professional healthcare person in every family or extended family in south Auckland that would be a significant impact in terms of the economic life of south Auckland but also be significant in terms of health literacy."

Tuliana Guthrie who is the programme manager for the Pacific Health Science Academies at Waitemata and Auckland DHBs said they aimed to provide a supported pathway for young Pacific people to pursue careers in health.

It's funded by the Health Ministry to the tune of just over $600,000 and delivered through Waitakere College and Onehunga High School.

"This is a long-term strategy. The students won't be transitioning into tertiary study until the end of 2017 and, depending on their area of studies, won't be ready for employment for a minimum of three years after that."

A 19-year-old former Tangaroa College pupil who went through the academy there, Sina Loli, said it was helping her achieve her "dream goal" of becoming a nurse.

"There are hardly any Pacific Islander nurses and that's what's actually driven me to wanting to become and wanting to know more about nursing and what they do."

She will find out soon - her Auckland University nursing studies begin next week.