About 200 people have taken part in a peace hikoi in north Taranaki, protesting against the Waitara Lands Bill, which had its first reading in Parliament today. 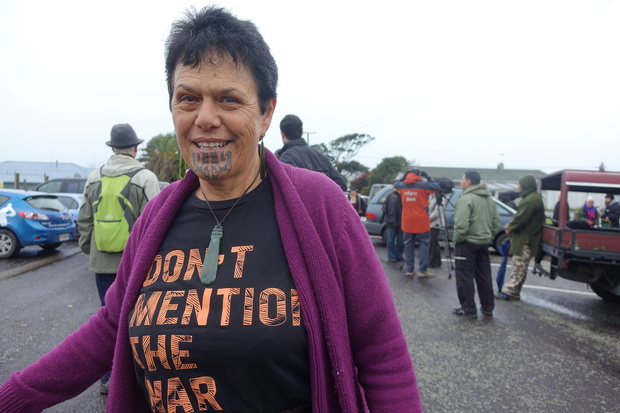 They want land confiscated in the 1800s to be returned to local hapū.

Organised by the region's Māori Women's Network, the Peace for Pekapeka hikoi gathered at Te Kohia Pa, where the first shots were fired in the Taranaki wars in 1860.

The protesters object to the bill negotiated between Te Ātiawa, who turned down an offer to buy the land with $23 million of its treaty settlement, and the New Plymouth District Council.

If passed, it would allow the freeholding of 780 leasehold properties while returning about 60 hectares of reserve land to the iwi. Another 16 hectares would become available for development.

"So we've come back here to walk through some of those lands to have a conversation around what can we do to at least amend or correct this bill which is going through Parliament."

Ms Millard said land had always been the central issue. 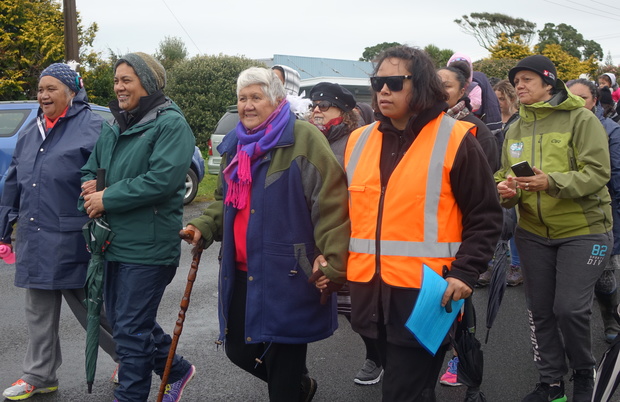 "The people who lived on this land were literally not just walked off, they were paraded off at the end of a gun, and we're coming back to say 'no, the land still belongs to mana whenua'.

"There are hapū here that have lived here from the beginning and the land needs to go back to them. Just give it back."

Ms Millard said there was nothing stopping the land being returned and, until it was, local hapū would be unable to heal.

Otaraua hapū chairman Rawiri Doorbar said the protest was a gentle reminder that questions about the Pekapeka block had not been resolved. 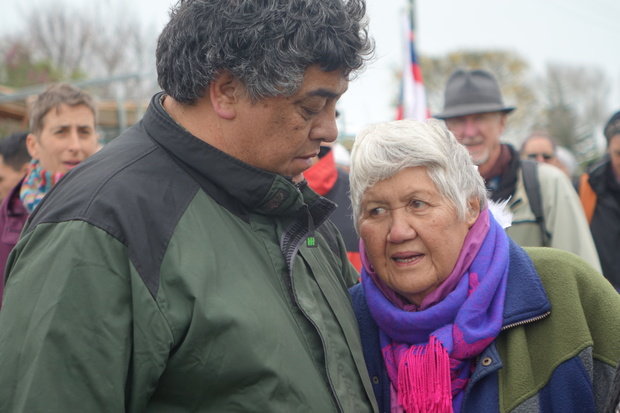 "This hikoi today is about showing this issue has not gone away. This is not a full and final settlement for the Crown, this is actually ongoing for us.

"It's been ongoing for the past 150 years and no act of Parliament is going to resolve that for us."

Mr Doorbar said the fact that the sale of leases could return $60m to be reinvested in Waitara was of little consolation to hapū who had lost their land.

"So far everyone is thwarting us and trying to take absolutely everything from us and replace it with a few bucks.

"So we are out here to show that we belong to this whenua, that the whenua belongs to us and no matter what is happening in the background or in Parliament the people will remain."

New Plymouth mayor Andrew Judd said he had mixed feelings about his own involvement in the bill.

"My heart is completely torn. My fingerprints are now on this new bill which, literally, simplistically, doesn't give the land back as it is.

"The challenge though is trying to find a space because, not only were the lands stolen, another crime was committed, which was the setting up perpetual leases, and you've created another whole layer of innocent victims around that.

"None of that takes away the pain though for the local hapū."

"It's part of a process, it's not the end game. This is a starting point for us to continue the conversation and for us to continue fighting for ultimately what our people want, which is the return of land, so we haven't lost sight of that."

The Waitara Lands Bill will now go through the select committee process, where submissions from affected parties will be heard.

In February 1860, supporters of Wiremu Kīngi Te Rangitāke began disrupting the surveying of the disputed Peka Peka Block in Waitara.

Shortly afterward, about 500 imperial troops, militia and volunteer riflemen arrived from New Plymouth, occupied the land and erected a blockhouse.

The following day Colonel Charles Gold ordered an attack on the pā, marking the start of the First Taranaki War.

Also known as the L-shaped pā because of its shape, Te Kohia featured innovative covered trenches, which were first used at Ruapekapeka in the Northern War of the 1840s then refined.

These trenches allowed warriors to shelter from artillery and were replicated by other iwi in pā designs during the New Zealand Wars.

The First Taranaki War raged for a year and involved about 3500 imperial troops, as well as volunteers and militia.

It was estimated Māori casualties totalled 200, while 238 Pākehā died.