A proposed local bill designed to allow leasees to freehold the land under their homes is racist, a leaseholders' representative says. 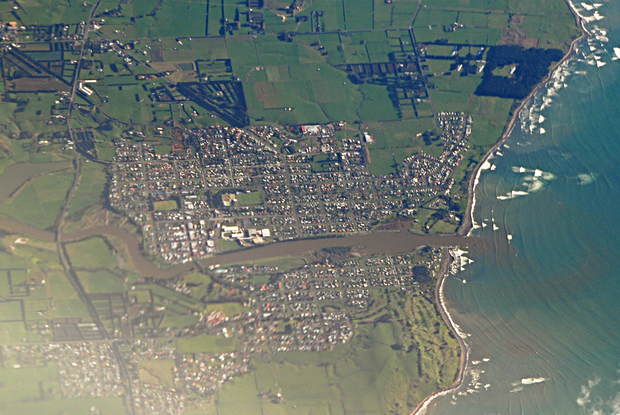 Waitara Leaseholders Association secretary Eric Williams said the deal the New Plymouth District Council offered to Te Atiawa for the 700 sections in 2014 was far more attractive than the one now being offered to leasees.

"They are talking about unimproved value, which talking to them is government valuation, and that means it will cost me $100,000 [to freehold] and that's the same land they offered to iwi at under $30,000.

"And as far as I'm concerned that is just a racist thing."

Mr Williams said many leaseholders were elderly and would not be able to take out mortgages to freehold the land their properties were on.

Land held by leaseholders is passed back to the owner instead of being owned outright.

Mr Williams said leaseholders would jump at the opportunity to freehold if they were offered the same price as iwi had been, but he expected only a third would be able to afford it under the conditions of the proposed bill.

Leaseholders who chose not to freehold their land would continue to pay rent on the property.

"The ones I've actually spoken to since we got our letters yesterday have all said they can't afford it."

A disputed land deal at the Pekapeka block in Waitara sparked the Taranaki Land Wars in the 1860s.

That eventually led to the confiscation of much of the land in the area, which the Crown later gifted to local authorities.

Over the years, Waitara leaseholders sought the opportunity to buy the freehold title to their properties, while Te Atiawa wanted the return of confiscated land.

In 1989, the council decided to freehold the land, and a bill was taken to Parliament. The government raised concerns about the land being sold and asked for a solution to be reached with Te Atiawa.

In 2014, the New Plymouth District Council offered to transfer the Waitara leases to Te Atiawa for $23 million as part of its $87m Treaty of Waitangi settlement with the Crown.

The iwi, however, refused to take them and instead entered into an agreement with the council to take a local bill to Parliament, which would allow for the leases to be freeholded.

On Tuesday next week, the council will consider approving the proposed local bill for public consultation.

New Plymouth mayor Andrew Judd said the bill was a compromise between the interests of iwi, leaseholders, and the council, and it might not satisfy everyone.

"This proposed bill has the potential to substantially alter the future of Waitara and, once implemented, it will be hard to reverse.

"It is a compromise between competing interests and it might not provide everyone with everything they want.

"Our goal is to achieve an appropriate balance so we can move the community forward to an exciting new future - one without the limitations that have hampered the potential of Waitara and its residents."

If the council approved the proposed bill, it would be open for public consultation from 20 April to 20 May with public hearings in June.

Key parts of the proposed bill include: