Environment Minister Nick Smith says he's willing to consider alternatives to the Kermadec Ocean Sanctuary Bill but would have to be satisfied no one could fish the area. 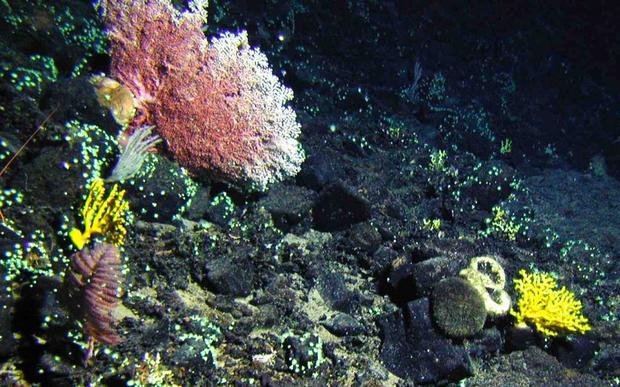 Coral in part of the area that would be covered by the Kermadec Ocean Sanctuary. Photo: Malcolm Clarke / NIWA

Mr Smith said if a deal was based on a "no-take" agreement by Te Ohu Kaimoana, that would have to be written into the law.

"The option we were not prepared to accept was an option that excluded New Zealand quota holders from being able to fish in the area, in which we had no more than a letter on behalf of TOKM [Te Ohu Kaimoana] that said they would not fish in 10 years' time, and a piece of law that specifically exempted TOKM from the prohibition on fishing in the sanctuary."

The Māori Party also said any agreement would have to be set down in law.

Its co-leader, Marama Fox, said Te Ohu Kaimoana had already made a commitment not to fish, but not in perpetuity.

Any agreement would have to be formalised, and be able to be reviewed periodically, she said.

Meanwhile, Far North iwi leader Rick Witana said he was pleased the government had delayed the ocean sanctuary legislation until a solution could be found.

The Rūnanga Nui o Te Aupōuri chair said his iwi had always supported the notion of marine reserves to help preserve aspects of the environment that required it.

"Our stance has been that we support the concept and notion of a sanctuary, but we're not in favour of the unilateral way that the government has basically taken away Māori rights in regard to fishing."

Mr Witana pulled out of a trip to Washington to speak about the Kermadec Ocean Sanctuary earlier this week.

A solution could still be found, he said.

"Aupōuri will remain confident that it is achievable to get some kind of situation where iwi retain rights and the government reconciles what they want to achieve as well.

Maru Samuels, who attended the IUCN World Conservation Congress in Hawai'i on behalf of the 14 tribes, said Te Ohu Kaimoana was on the right track.

"Te Ohu Kaimoana is voicing the treaty settlement issues clearly, and they have the full support of the Iwi Collective Partnership. Minister Smith should be rebuked for not consulting from the very beginning" Mr Samuels said.