The government may have lost a key iwi supporter for their proposal to create a marine sanctuary near the Kermadec Islands. 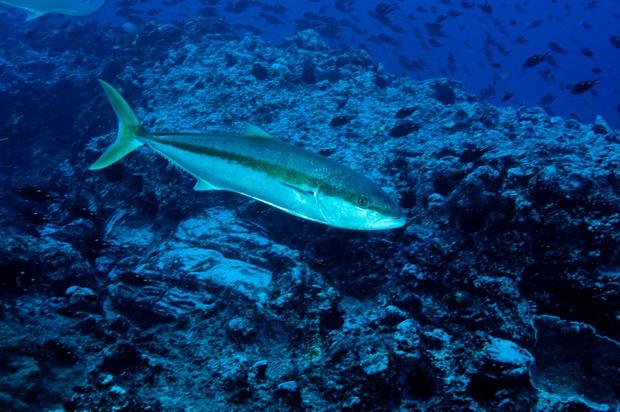 It wants to see the area around the Kermadec Islands permanently converted into a marine life sanctuary, covering more than 600,000 square kilometres to the northeast of the country.

The majority of iwi oppose the idea and the organisation representing iwi fishing interests, Te Ohu Kaimoana, filed a case against its creation in the High Court in Wellington in March.

It said the proposed law would lead to a confiscation of Treaty rights to fish in the area and undermine the integrity of the 1992 fisheries settlement.

The Crown and Te Ohu Kaimoana have been negotiating since March.

Representatives of both were scheduled to fly to the United States and attend a Pacific Day event at the New Zealand Embassy, hosted by New Zealand's ambassador to the US.

Conservation Minister Maggie Barry yesterday said the event was to "promote our commitment to the Kermadec / Rangitahua Ocean Sanctuary and the role of iwi in environmental management".

However, within hours of Ms Barry's office putting out a press release stating both iwi were going, Te Aupouri pulled out.

Ngāti Kuri chairman Harry Burkhardt said he would still be attending the conference and the iwi would be paying for it, but pointed out the government still needed to "reconcile iwi rights and interests".

"We're really supportive of the long view ... but the Crown needs to step up."

Prime Minister John Key said he did not think the withdrawal of Te Aupouri from the trip meant the government had lost an iwi supporter for the sanctuary.

"I think it's well documented that there is effectively a bit of a dispute, which funnily enough sees iwi on one side and the conservation groups pretty much on the other," he told Morning Report.

"Iwi believe that there shouldn't be an ocean sanctuary and certainly not in the Kermadecs, they believe they should continue to be able to fish there, even though they haven't in the last decade, and their belief is that the quota management system is a sustainable way of ensuring fisheries stocks are preserved as opposed to having the more far-reaching step of an ocean sanctuary."

Government won't back away from sanctuary plans

Mr Key said yesterday that the government had been trying to make some progress, as its preference was to pass the legislation and not 'battle things out in court'.

He emphasised there would be no financial compensation and was adamant the government had no intention of backing away from creating a marine sanctuary.

It was not clear whether the government would have to defend its position in court.

"I don't know, in the end in good faith we've sat down and tried to discuss with them the issue, what we're trying to do and how we see it going."

Yesterday afternoon Te Ohu Kaimoana announced a news conference would be held at 5pm, but at 5.30pm told waiting media it was cancelled.

Te Ohu Kaimoana communications advisor Glenn Inwood told journalists the government had 'moved' in the negotiations, and Te Ohu Kaimoana would continue to negotiate with it regarding the creation of the Kermadec Sanctuary.

"What's changed is that the government is seriously looking at options to look at the compromises that Te Ohu has put forward, but they have to finesse the final language of that for the legislation or whatever's proposed."

Mr Inwood said the news conference was cancelled because that language had not been finalised as expected and discussions were ongoing.

The proposed deal between the Crown and Te Ohu Kaimoana would see the affected iwi agree voluntarily not to fish within the sanctuary area, and the government to draft the sanctuary legislation so it does not expressly extinguish iwi fishing rights.

RNZ understands the sticking point is the length of time that iwi would voluntarily put aside their fishing rights.

The government wants between 20 and 25 years, but iwi want the time set at five to 10 years followed by a review of the agreement.

A spokesperson for Environment Minister Nick Smith said Dr Smith and Treaty Negotiations Minister Chris Finlayson had had several meetings with Te Ohu Kaimoana over the past few months to try to find a resolution on issues over the sanctuary.

"The government remains committed to the sanctuary, but would prefer to find a solution with TOKM," the spokesperson said