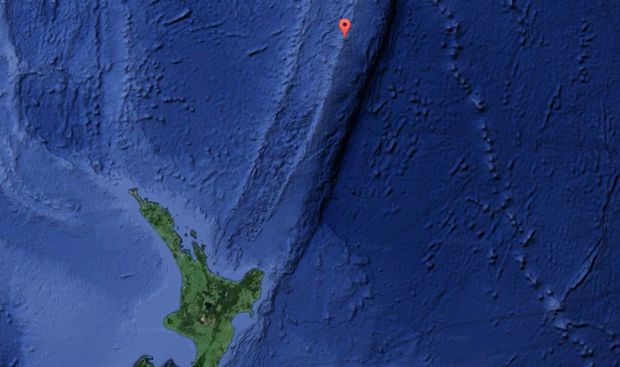 The Kermadec Islands are located about 1000km northeast of the North Island. Photo: Google Earth

New Zealand Fishing Industry Association has launched legal proceedings against the government over the proposed Kermadec Ocean Sanctuary, asking the High Court to declare it unlawful.

The association represents companies that take up about 80 percent of the fishing quota.

Its legal adviser Bruce Scott said the government had unilaterally decided to create the sanctuary, which would remove quota rights, without any consultation with the fishing industry.

The industry supported sustainable fisheries management and would have been willing to discuss further steps to protect the area without banning all forms of fishing, Mr Scott said.

Currently, no fishing was allowed within a 12-nautical-mile zone around the Kermadec Islands, and the entire sea bed within New Zealand's exclusive economic zone around the islands was protected from dredging or trawling.

Creating the sanctuary could even inadvertently allow other states to fish there, Mr Scott said.

"If New Zealand abandons this area - which is what it's done, we're going to essentially abandon fisheries management in that area - then under the law of the sea, other nations are entitled to come in and look to utilise that fishery."

If the government went ahead with its plans, the local industry would be seeking compensation for lost quota rights, Mr Scott said.

But Environmental Defence Society chief executive Gary Taylor said claims that other nations would be able to fish in the sanctuary were nonsense.

"That is just completely fatuous," he said.

"The United Nations Convention on the Law of the Sea gives the government the right to protect areas or to allocate fisheries - one doesn't necessarily trump the other," Mr Taylor said.

The Fishing Industry Association's legal claim was strategic, he said.

"It seems to me to be an attempt to game the government on seeking compensation for something for which compensation shouldn't be available."

The society was seeking legal advice and would attempt to join the action so it could fight the claim, Mr Taylor said.

Its claim was the second legal challenge to the proposed sanctuary.

Māori fisheries trust Te Ohu Kaimoana filed a case against the sanctuary in the High Court in Wellington last month.

They argued iwi had not been consulted, even though that had been guaranteed with the Sealord deal in 1992 which handed fishing rights to Māori.