The Kermadec Ocean Sanctuary Bill is being delayed, after talks with Māori fishing representatives broke down and the ACT Party pulled its support.

Te Ohu Kaimoana, which represents iwi fishing interests, said the government had rejected compromises to the bill creating the huge marine sanctuary around the Kermadec Islands. 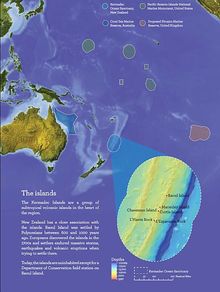 A map showing the planned Kermadec Ocean Sanctuary, along with other large marine protected areas in the Pacific. Photo: Ministry for the Environment

After days of negotiations, it had walked away from the table - and would continue legal action in the High Court and Waitangi Tribunal on behalf of iwi.

Prime Minister John Key said the government still had the numbers to pass the legislation, but would delay the bill's passage until a solution was found.

"We're absolutely sure we can get the numbers with the Greens but we're very disappointed that negotiations with [Te Ohu Kaimoana] have broken down at this point."

The government would restart discussions with the Māori Party to see whether it would support the bill, he said.

"So it is just going to take a bit longer," Mr Key said.

The Māori Party was refusing to confirm whether it would support the bill but said it would get back around the table with the National Party to try to reach a solution.

"What we said is that we will assess that situation when it gets to that ... and we're pretty serious about it," Māori Party co-leader Te Ururoa Flavell said.

"We have the opportunity given by the Prime Minster to get back to the table and continue the discussions in good faith, we intend to honour that," he said.

Comparison made to Foreshore and Seabed Act

"We have rights in that area which are guaranteed by the Treaty of Waitangi and the 1992 treaty settlement.

"The Crown has never asked Māori whether we consent to these rights being extinguished and we object to being treated so disrespectfully."

The iwi organisation had offered to voluntarily shelve the use of the Māori fishing quota in the Kermadec region but not lose the right to it.

Mr Tuuta said the minister would accept nothing but legal nullification of all Māori rights in the region. 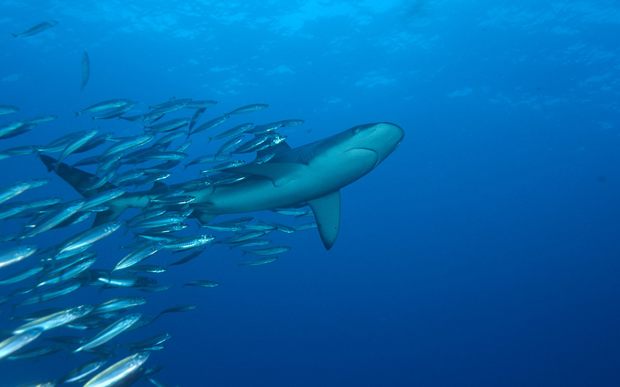 Mining, prospecting and fishing would be banned in the sanctuary, which, at 620,000 square kilometres, would be more than twice the size of New Zealand's land area. Photo: Supplied / Malcolm Francis

He said Te Ohu Kaimoana had support throughout Māoridom to fight the plan, and would look at its options to block the move in both New Zealand and international courts.

He compared the situation to the heated dispute over the Foreshore and Seabed Act 2004, which led to the birth of the Māori Party and sent tens of thousands marching in protest to Parliament.

"We want all New Zealanders to know that it was the Crown who walked away from this full and final settlement not Māori.

"This will be the government's Foreshore and Seabed [Act]; they are taking away real rights that are an important part of the first treaty settlement there by risking every treaty settlement which has followed."

Te Ohu Kaimoana filed a case in the High Court in Wellington in March against the creation of the sanctuary.

Minister for the Environment Nick Smith said in a statement the government was disappointed it had been unable to reach an agreement with Te Ohu Kaimoana.

There needed to be recognition of the increased pressures on the ocean environment, he said.

"[Te Ohu Kaimoana] wanted to be able to maintain the right to fish and the right to exercise that at some time in the future. We wanted to protect the integrity of the sanctuary as a no-take area," Dr Smith said.

The government was reluctant to make an exception for the organisation as it would no longer be a sanctuary and would set a poor precedent, he said.

Meanwhile, ACT said it would no longer support the bill, citing a breach of property rights and a lack of compensation and consultation for both Māori and non-Māori fishers.