The Ministry of Health "may consider" funding co-sleeping pods for babies if high-quality research clearly demonstrates they are safe and effective, it says. 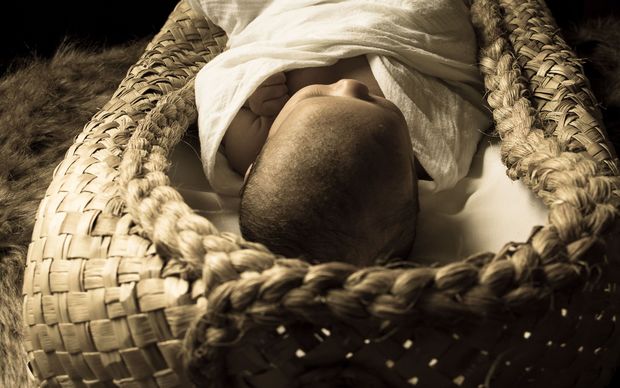 Child and Youth Health chief advisor Pat Tuohy said the ministry took evidence of safety and effectiveness into account in its decisions both for direct funding and funding through DHBs.

"If well-conducted high-quality research demonstrates clearly that wahakura and pepi pods are safe and effective the ministry may then consider funding them as part of any well-designed package of SUDI [Sudden Unexpected Death in Infancy] prevention."

The comment came in response to prominent Māori GP Rawiri Tipene-Leach accusing the Ministry of Health of racism for deciding not to fund the special baskets to protect babies sleeping with their parents.

Dr Tipene-Leach, who designed the first flax wahakura 10 years ago, said there was a lack of faith by government to back Māori solutions for Māori problems.

About 50 babies die each year from Sudden Unexplained Death in Infancy.

Thousands of plastic wahakura, or pepi pods, have been given out over the last 10 years.

In Northland - where 1500 pods have been handed out - the rate of SUDI deaths has dropped by 54 percent, Dr Tipene-Leach said.

The ministry had argued there was not enough scientific evidence to fund the annual cost of $1.5 million for the project, despite no cases of SUDI in a wahakura or pepi pod.

In a statement, it said, "There is a lack of New Zealand evidence regarding the safety and effectiveness of pepi pods and wahakura as interventions to reduce bed-sharing and hence SUDI, despite government and philanthropic investment in this area.

"Publication of results from several investments in research in this area some years ago remain pending."

But Dr Tipene-Leach said, "[Things are] going on in the minds of some within the ministry that 'look here if the whole world of scientists can't come up with something that is going to save babies, how can some bunch of Māori come up with a woven basket that they say is safe and will drop the SUDI rate'."

Dr Tipene-Leach felt it was unlikely the ministry would change its mind, but would rather dig in its heels.

"I think that this is not a reasoned evidence-based place from which they come, I think it is essentially an expression of institutional racism that is founded in probably a couple of individuals inside the ministry rather than 'oh gosh here's the evidence let's now change our mind'."

However, the ministry's Dr Tuohy said other considerations were what was in play.

"Such as evidence of comparative effectiveness and cost-effectiveness of alternative interventions, how well the intervention is targeted, availability of services, and the requirement for provider training and support."

"As research findings are published and replicated, the body of knowledge grows and this knowledge is then able to be taken into account when policy and purchasing decisions are made.

Māori Women's Welfare League president Prue Kapua had said earlier she was furious at the ministry ignoring coronial recommendations that encouraged the use of pods in co-sleeping arrangements.

"I find it remarkable that the ministry would be of the view that there isn't evidence, there is certainly no evidence to say that it's any way not a good initiative or something that hasn't been positive for Māori."

The ministry should be putting more funds towards wahakura, not removing it, she said.

"There's not even an acknowledgement of the fact that Māori have worked really hard to get this going and we've got a ministry that is penny-pinching and deciding that our babies are not that important."

Chief Coroner Deborah Marshall had investigated many SUDI deaths and said she was unaware of any babies dying while sleeping in a pepi pod.

Asked if that would suggest there was evidence in support of the pods, Judge Marshall said: "It certainly suggests that if a number of deaths was happening in a co-sleeping environment and that is the case, that you should be looking at a wahakura or a pepi pod as one way of mitigating risks."

Dr Tipene-Leach was peer-reviewing a research project that found no difference between a wahakura and a bassinet.

The evidence found wahakura to be a safe sleeping surface for babies and the ministry would have to reassess its decision when presented with the evidence, he said.

Auckland University professor of child health research Ed Mitchell told RNZ this month he hoped newly published research by his team would encourage the government to fund sleeping baskets to all at-risk babies.