Flax weavers of baby bassinets cannot keep up with demand for the life saving devices. 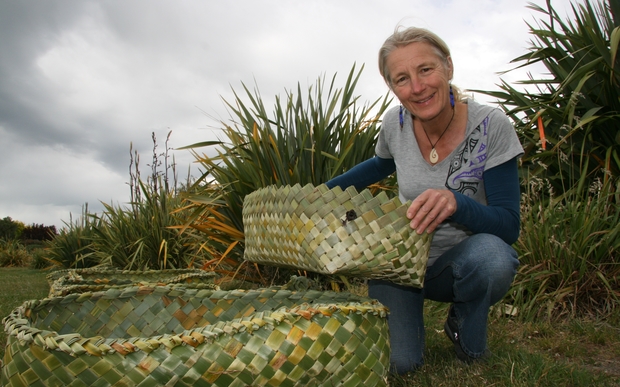 Thousands of leaves from Landcare Research's flax collection in Lincoln have been woven into wahakura to help prevent sudden unexpected death in infancy.

About 60 babies die suddenly in their sleep each year but since wahakura have been introduced in parts of the country, the numbers have dropped by 30 percent.

The woven bassinets protect babies when they are sharing a bed with their parents.

Daphne O'Connell of Ngai Tahu started weaving wahakura two years ago after 54 years of dressmaking and said weavers could not keep up with demand.

As part of a South Island project, she ran three wananga or weaving sessions for whanau this year, where about 20 wahakura were woven over two days.

The safety aspect of the wahakura draws her to weave them.

"We've got them to bring their babies and put them in them and just to see them there, they look safe and secure and it is just wonderful."

Sometimes Ms O'Connell will weave four a weekend which is what she plans to do over Christmas. She has woven 40 wahakura and said there was always someone who wants one.

"I just pick it up and do it because it is just the joy that a little baby is going to have it."

Land Research curator Katarina Tawiri said only the droopy and soft flax can be used to weave wahakura.

Weavers have access to its flax collection in Lincoln, but Ms Tawiri said the demand will eventually outstrip supply.

"We will run out at some stage."

It takes between 52 and 56 flax leaves to make one wahakura alone.

"Imagine 52 leaves of a bush. If you make a couple of wahakura the bush is gone."

Ms Tawiri is also part of the project and said the aim for this year was to weave 170 wahakura, which they are just short of achieving.

"It is physically hard work."

This project is run by Te Puawaitanga ki Otautahi Trust and was set up in response to the earthquakes.

"Kaimahi [staff] were coming in to the office and saying we are really concerned about the living conditions for new pepi."

While some district health boards fund wahakura projects, the Red Cross supports this one and will fund the trust to make another 170 wahakura next year.

The funding works out to about $130 for each wahakura.