An organisation working to prevent sudden infant deaths says the use of wahakura (flax sleeping pods) could save lives and needs to be more widely available.

Today is Safe Sleep Day and includes a campaign to promote better practices for pepi (infants) when sleeping. 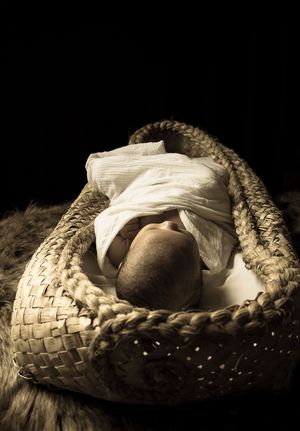 The construction of the flax sleeping pods is a skilled craft. Photo: Whakawhetū

She believed wahakura could play a big part in helping whānau, but said they were not yet recognised as a common item and needed to be better marketed.

If every woman had the option of a wahakura, Ms Clarke said the country would be on the road to meeting the national target of 0.5 percent - and currently the rates were much higher than that.

The wahakura is New Zealand's first Māori safe-sleeping device, developed by the Nukutere Weavers' Collective in Gisborne in 2006. The wahakura has a traditional forebear in the porakaraka, a similar pre-European structure slung from the rafters.

Research shows that whānau Māori like and embrace the wahakura as a cultural device to keep babies safe. However, Whakawhetū said its challenge was supply and demand. Their construction is highly time-consuming and requires the expertise of experienced Māori weavers.

Whakawhetū said it hoped that it could work with weavers to help them market wahakura more widely.