While many of us may have taken part in Matariki celebrations over the past few weeks, how much do we actually know about the traditional astronomy that underpins the Māori New Year? 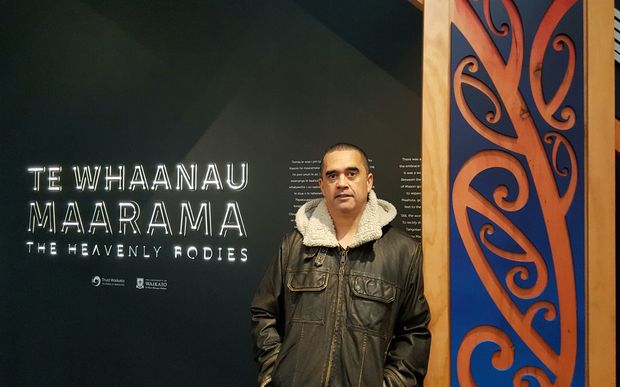 An exhibition at Waikato Museum invites us to gaze at the stars from the perspective of our Māori ancestors and consider the relevance of their knowledge to our lives today.

A soundscape at the exhibition tells the story of how the stars came into being, and to be suspended in the sky according to traditional Māori starlore.

It forms part of a spectacular sound and light show in Te Whānau Marama: The Heavenly Bodies Exhibition which recently opened at Waikato Museum.

One of the curators, Waikato University associate professor Rangi Mātāmua, said the exhibition also showed how the stars were used by Māori.

Dr Mātāmua said this sort of knowledge was becoming more relevant as people became increasingly aware of their impact on the environment.

"It's this type of knowledge base that helps us return to our origins and then really connects us back to understanding that we are part of the environment. Not just in terms of a terrestrial level on the ground but actually looking into space. And that's something we shouldn't forget and something the exhibition is trying to show as well." 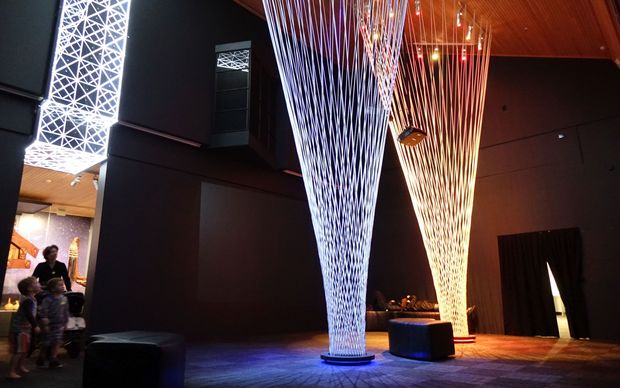 He said Western science had taken the place of these astronomical signs, but he believed they still had an important role to play in modern society.

"Traditionally, Māori astronomy played a massive part in the life, the daily life of our ancestors and one of the unfortunate things about colonisation has been the loss of that knowledge base, and we're trying to revive that."

The resurgence of Matariki was a sign of the increasing interest in traditional Māori knowledge, he said.

"Matariki is a very important celebration. That's something that's unique to us, our particular way of celebrating Matariki. There is growing interest now, and there will be into the future about that perhaps becoming our New Year."

Ann Hardy curated the contemporary section of the exhibition, which shows the development of Matariki as a contemporary festival.

She said the exhibition included supermarket advertising for Matariki, to highlight the concern of some Māori that the celebrations were becoming too commercial. 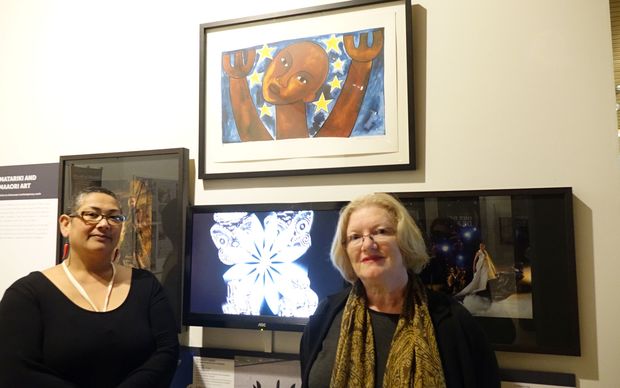 But she said she saw it as an example of how old traditions could be made relevant in today's society.

"Contemporary celebrations if they are to be extended into the community they need to kind of work through the sorts of activities that we all do every day, such as buying food at the supermarket. Matariki was a celebration about sharing food partially, and New World is one of the sources that we get our food today."

Waikato Museum Institutional Curator Leafa Wilson said Te Whānau Marama was one of the more difficult exhibitions the museum had put together.

She said co-ordinating the timing of the lighting and video show with vocal tracks in te reo Māori and te reo Pākehā took a very long time - but the endeavour was worth it.

"It's really a stunning light show, but it gives a lot more weight to just the spoken word. You could do the same in the dark and you could use your imagination but these are visual queues and they are kind of spectacular visual queues. I reckon they're beautiful." 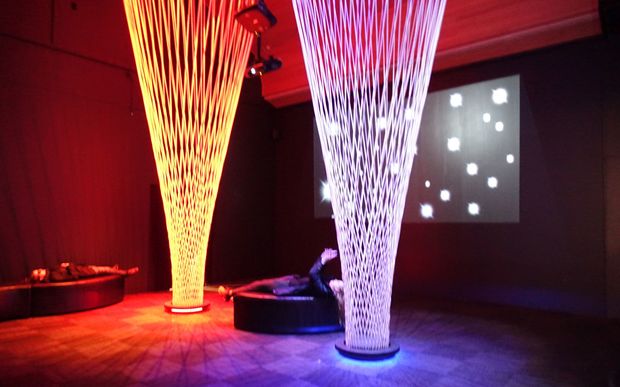 Dr Mātāmua said he was proud of the exhibition which fulfills the wishes of his tūpuna.

His grandfather's grandfather had been an astronomer and a key contributor to Elsdon Best's collection of Māori star lore, Astronomical Knowledge of the Māori.

A precious manuscript of his ancestor's was passed down to Dr Mātāmua by his grandfather, whose dying wish was to ask him to share the knowledge within.

"To actually see my ancestor's book, and fragments of it, bearing in mind what's in the exhibition is just a small fragment of his knowledge base, but to see that come to life in this exhibition, in some ways it's emotional for me when I go in there and here the voiceover and see the images and realise that this is his legacy."