But some believe Matariki is a constellation of nine including two male stars, Pōhutukawa the eldest and Hiwa i te rangi the youngest.

They rise in mid-winter and signal new beginnings.

The celebration of the constellation has become popular again with a number of events occurring around the country, from planting through to the grand Matariki Ball.

In line with other New Years, Māori also celebrate new beginnings and reflect on the past.

It's a time to remember those who've made a mark - 2016 has a role call of Māori leaders including Sir Graham Latimer, Ranginui Walker and Erima Henare, Māori lawyers Kathy Ertel and Matiu Dickson, the Māori Battalion's Hingangaroa Smith, Haare Te Nuku Raatana and Te Puhi Patara, broadcasters Whairiri Ngata and Anzac Pikia and so many many more. 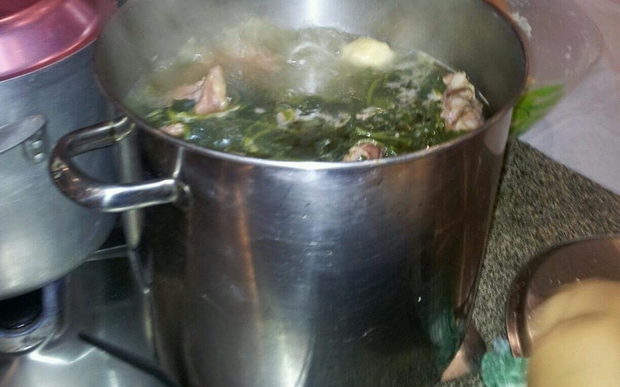 Matariki is the opportunity to come together and share. Photo: RNZ / Mihingarangi Forbes

Matariki is also a celebration of all things new. Traditionally, crops had been harvested and seafood and birds collected and stored away in Pātaka kai (Food Cupboards) for the winter months. In years when crops had not been plentiful, Matariki was an opportunity to come together and share what was left, which brings us to Matariki 2016.

If there was a 2016 Matariki award it would have to go to the people of Te Puea Marae who exemplify the true essence of Matariki.

For nearly three weeks the little marae tucked away under Mangere Bridge has been bursting at the seams with whanau in need. Hurimoana Denis has led his troops from the front providing food, accommodation and assistance to those who need it. In the spirit of manaakitanga (hospitality) without thought for themselves, an army of helpers has cared for about 60 desperate families.

Their Pātaka Kai (food cupboards) have been renewed time and time again by the community and a give a little fund has reached $33,000.

Te Puni Kokiri and Waikato Tainui have donated $10,000 each, while Spark and Flick Electronics have donated services.

Matariki has been a theme at the marae.

Moko Tini-Templeton, who has been in charge of the marae's communications said, "We've been talking about new directions with these whanau as they arrive. We're encouraging them to leave their rarurau (problems) at the door and look for new beginnings." 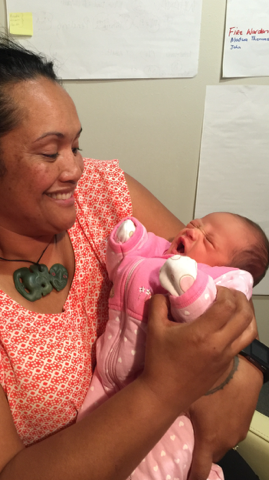 There have been a few new beginnings at the marae too. Last week a 15-day-old baby and her mother were accommodated and later found a home. Ms Tini-Templeton said it was a wonderful thing to be able to help, but it was hard not to become attached to the children.

The marae is named Te Puea Memorial Marae after Princess Te Puea Herangi. Te Puea was born in 1883 and early on in her life she was chosen by King Mahuta as someone with unusual abilities. She played a major role alongside three Māori kings and is remembered for her fight against poverty in a time where Waikato Māori were experiencing powerlessness after the land confiscations of the late 1800s.

She built Tūrangawaewae in Ngāruawāhia so her people had somewhere to call home. Moko Tini-Templeton is from Tūrangawaewae and working here at Te Puea in Mangere because she said that was what Te Puea would have expected.

During the next few weeks, the children of Matariki will take centre stage in the night sky maybe they'll twinkle a bit more over Mangere Bridge sprinkling a little star dust on the good people of Te Puea marae.