The remains of 60 Māori and Moriori have been welcomed home from the United States this afternoon at Te Papa in Wellington. 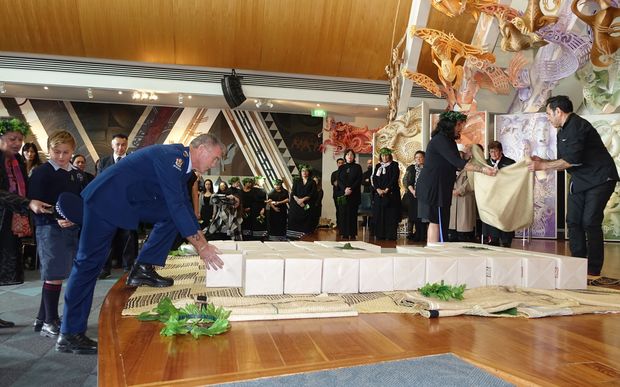 It is the second-largest return of ancestral human remains since the government repatriation programme began in 1990.

A stirring karanga ushered the manuhiri bringing the remains of tupuna into Te Papa.

Then a haka pōwhiri welcomed the remains belonging to 54 individuals kept by Washington DC's Smithsonian Institution.

They included four toi moko, or mummified tattooed Māori heads, and six others were being returned from other US and British museums.

Many of the remains were collected during expeditions to New Zealand in the 19th Century.

Te Papa Kaihautū Māori co-leader Arapata Hakiwai said the collection dated back to a dark time when ancestors were traded and stolen, but their repatriation was an opportunity to put right the mistakes of the past. 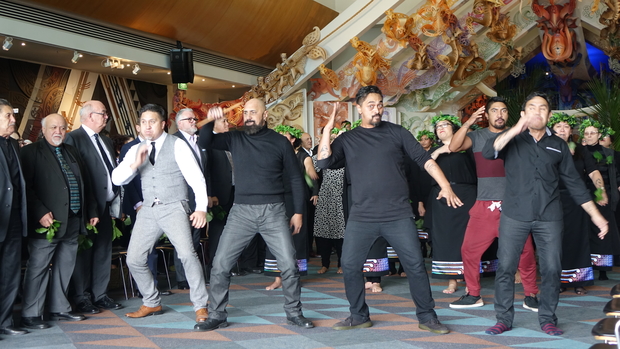 He said Te Papa was grateful to all the institutions involved, which had shown great sensitivity and respect.

Te Papa will work with particular iwi to ensure their ancestors are returned home.

Some of the ancestral remains were thought to be from Taranaki and Whanganui as well as Moriori from the Chatham Islands.

Wena Taite was a member of the repatriation team that had gone to the US.

The delegation went to several museums and Ms Taite said she felt the wairua, or spirit, of the remains when she was confronted with them.

"In the repatriation of these taonga, these tupuna, I'm really humbled," she said.

"For me it was my first experience and impression and it was overwhelming and this real deep-seated spiritual thing was happening for me and I was really, really emotionally charged and connected to them when I saw them." 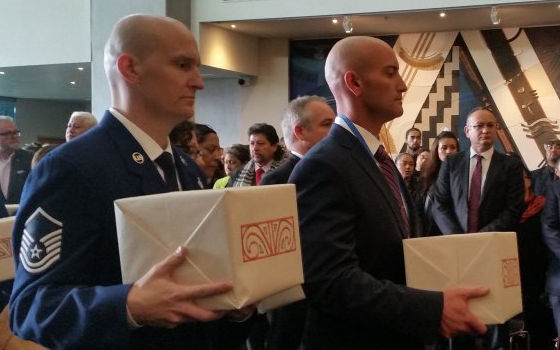 The experience had changed her forever, she said.

"Coming home with them today it was hard for me to let them go and let the people come. It was really hard. I was really emotionally attached to them, but that's what happens and I think for me it will be an experience that I'll never, ever forget."

"There are a whole gamut of emotions. It's sad. There's 60 human remains being brought back so there's a lot of sadness, but there's also a lot of aroha becuase they're home and we have an opportunity to re-intern them in their own whenua (land)."

Since 1990, government-funded programme Karanga Aotearoa has negotiated the return of more than 400 human remains. 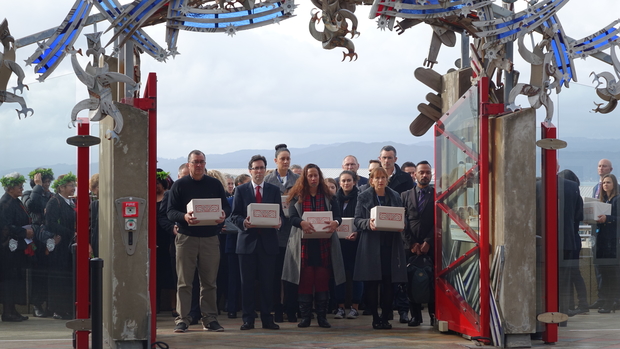 "Te Papa's done an amazing job. I was on the board here when they first started looking at repatriation and it wasn't a simple process, in fact at that time, most museums we approached it was just a flat out 'no'.

A member of the repatriation committee, Haami Piripi said it was known there were at least 600 ancestral remains still to be returned - and that was not the end of it.

"There are many that have been taken and found their way into marketplaces across Europe, sitting in people's attics because it's not really pc to display human remains these days.

"I imagine in time more will appear out of people's attics, some of the more wealthy families of Europe who have historically collected these things.

"I suspect more will come that we don't know about yet."

Today we welcome 60 Māori and Moriori tūpuna, from overseas museums and private collections, back home to Aotearoa. pic.twitter.com/RK9vYNj6q5