A moving ceremony at Te Papa was held today to welcome home ancestral remains of tangata whenua to Aotearoa.

The repatriation to the national museum in Wellington is the largest of its kind in New Zealand's history.

The ancestral Māori and Moriori remains were taken from New Zealand in the 1800s and eventually housed at the American Museum of Natural History in New York.

The iwi in residence at Te Papa, Ngāti Toa, greeted their ancestors with karanga, wailing and the recitation of ancient Māori incantations to clear a pathway for the tūpuna to return home. 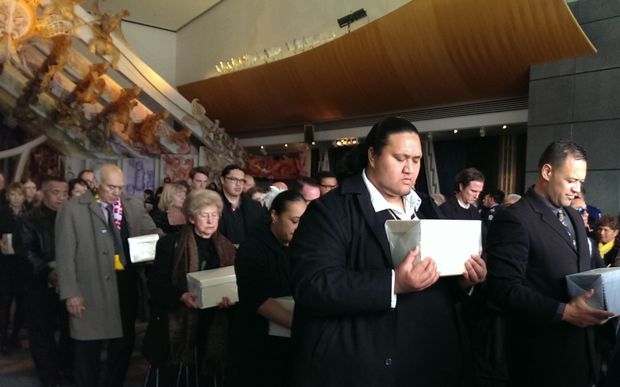 About 300 people packed into the marae at Te Papa, as more than 100 Māori and Moriori ancestral remains, or kōiwi tangata, were returned.

The 107 remains included 35 toi moko, or preserved Māori tattooed heads, 24 Moriori skeletal remains and 46 kōiwi tāngata or Māori skeletal remains. They were carried onto the marae in white boxes before being gently laid down and covered with korowai or Māori cloaks.

The chairperson of the repatriation programme, Professor Pou Temara, says today is the result of negotiations and hard work.

"I have a deep sense of satisfaction that what we have negotiated in the last 10 years as culminated in the biggest repatriation of our work."

The kōiwi tāngata had originally been in the collections of H.G. Robley (1840-1930), who served in the campaign at Gate Pā and developed a keen interest in Māori culture and moko. 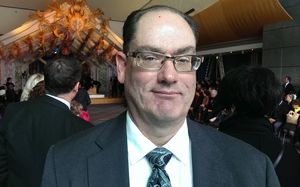 Professor Scott Schaefer, an Associate Dean of Science for Collections at the American Museum of Natural History, says today's ceremony was a chance to share the cultural respect attributed to the remains and celebrate their return.

"We have significant collections that we've returned today, so that is something we're very proud of. Personally, this was extremely humbling, extremely emotional from the point at which I was able to act as a pall-bearer and bring a tūpuna ancestors up the stairs to this plaza and into this room."

The Māori leader or Kaihautū at Te Papa, Arapata Hakiwai, says overseas museums are starting to support the repatriation of indigenous people's remains and Te Papa is negotiating to have more ancestral remains repatriated.

The challenge now is to ensure that these remains have a final resting place, he says.

"We do know through the research of the Repatriation Advisory Group where some of the ancestors are from. Others we have an idea of what area they're from, but that's going to be on-going research.

"Over the next 12 months we will be working with particular iwi where we can to establish secure provenance and return them home."

Te Papa chief executive Rick Ellis says it is estimated that there is still about 650 remains still in foreign places that can hopefully be repatriated, particularly from Europe.