Te Wānanga o Aotearoa is combining its home-based provider, Open Wānanga Ltd, and its campus provider into one body. 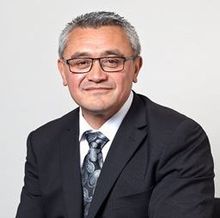 Chief executive Jim Mather said the new structure would make it a stronger tertiary provider in a rapidly changing funding environment. Part of this had started earlier this year, and eight new executive directors and a deputy chief executive have been appointed.

Mr Mather said the restructure is not a cost-cutting exercise and would make it a stronger tertiary provider. He said he is trying to be as transparent as possible.

"We've been looking at how we can improve efficiencies and we're looking at whether that means redeployment of some people, new roles being created, other roles being disestablished, so we're not yet through that consultation process."

Mr Mather said there is always a level of apprehension among staff when an organisation is going through change, but he has tried to communicate with staff as frequently as possible.

Consultation with staff around the country would be completed by the end of the year, he said.

Te Wānanga o Aotearoa employs more than 1400 staff and has about 32,000 students.