Lydia Ko has cruised to a seven-shot victory at the Lotte Championship in Hawaii - the 16th career LPGA victory for Ko, but the first in three years. 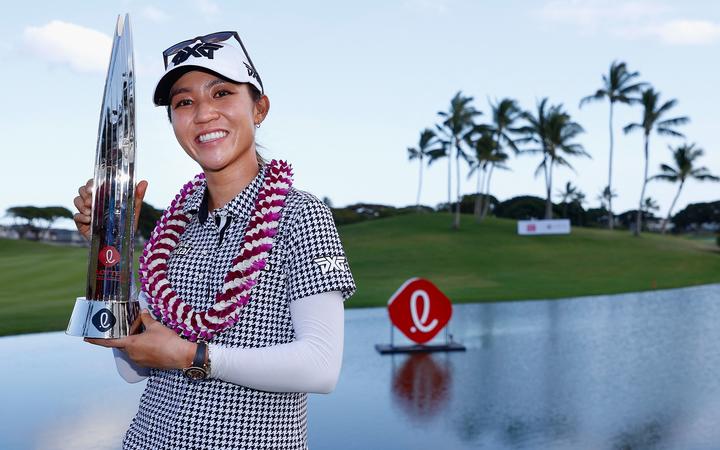 Lydia Ko poses with the trophy after winning the LPGA LOTTE Championship at Kapolei Golf Club in Hawaii. Photo: AFP

Ko shot a final-round 65 on Saturday to finish at a blistering 28-under 260, easily outdistancing four players who finished tied for second at 21 under to take home the $300,000 prize.

Jenny Shin (63) of South Korea, Wei-Ling Hsu (66) of Chinese Taipei, Sarah Schmelzel (66) and Yuka Saso (70) of the Philippines finished tied for sixth at nine strokes back.

Ko, one week from her 24th birthday, played bogey-free golf in the final round but carded just two birdies on the front nine. But she scorched the back nine with five birdies to put the finishing touches on a 67-63-65-65 tournament.

She entered the final round with a one-shot lead. 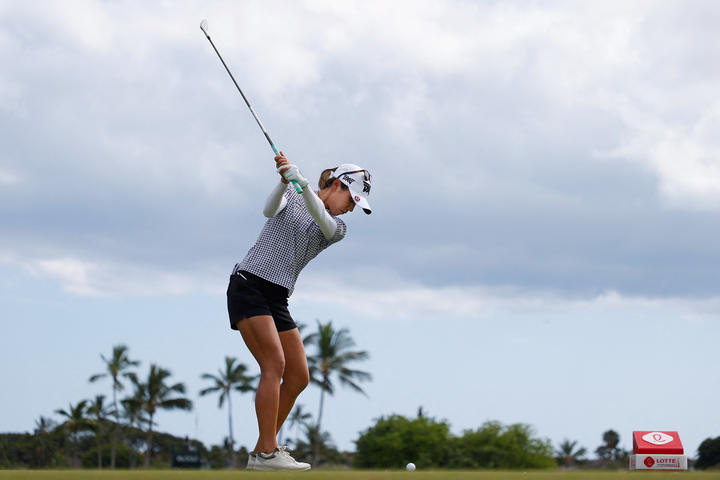 Lydia Ko plays a tee shot on the 12th hole during the final round of the LPGA LOTTE Championship at Kapolei Golf Club Photo: AFP

It was Ko's first victory since the 2018 Mediheal Championship. Ko was relieved to have snapped her 1,084-day drought between victories.

"When you're in that position [to win] and it doesn't happen, you do doubt. If I said, no, I didn't doubt myself at all, that would be a lie," Ko told Golf Channel after her victory and her return to the winner's circle.

"Hand on my heart, there were times when I wondered, 'Hey, I don't know if I'm ever going to be back in the winner's circle.' ... To be back in this kind of position is obviously super cool. You know, with Jordan Spieth and Hideki Matsuyama winning the last couple weeks -- and I know it's been a while since they won, as well -- that kind of gave me a little bit of hope that maybe I could follow that trend," Ko said.

Ko moves into a tie for 35th with World Golf Hall of Fame member Jan Stephenson for most wins on the LPGA Tour. 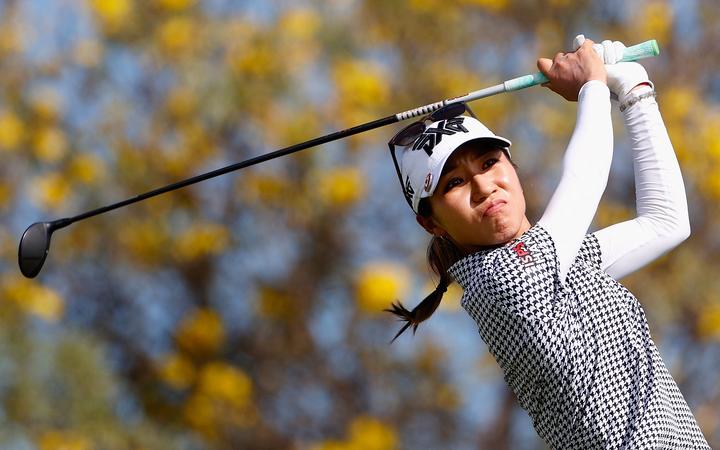 Lydia Ko of New Zealand plays a tee shot on the 14th hole during the final round of the LPGA LOTTE Championship Kapolei, Hawaii. Photo: AFP