The Northern Stars have opened their national netball premiership campaign with a 57-53win over defending champions the Central Pulse in Palmerston North. 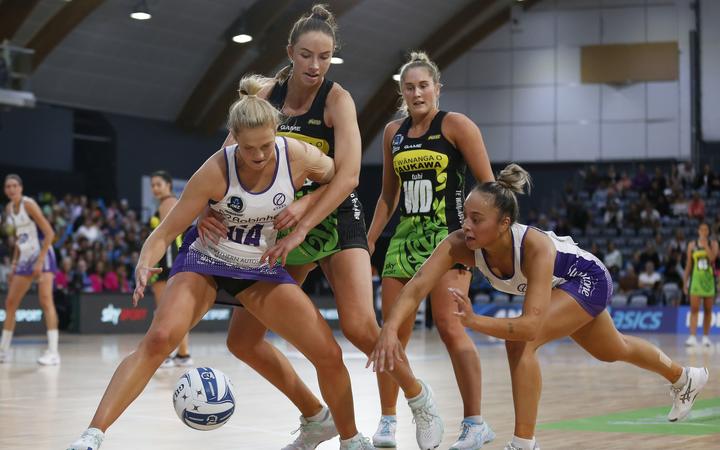 The Stars win was built around an excellent first quarter and slick midcourt work from Gina Crampton and Mila Reuelu-Buchanan. The visitors missed only one shot on goal to lead 20-12 at the first break.

The Pulse battled back in the second stanza, the midcourt links working more smoothly into shooters Aliyah Dunn and Te Amo Amaru-Tibble, but the Stars took a 30-26 lead into halftime.

Honours were even across the second half at 27 apiece, Silver Ferns shooter Maia Wilson's combination with goal attack Jamie Hume proving effective despite increased pressure from the Pulse's through-court defence.

In the second game of the day, the Southern Steel overpowered the Tactix - last year's beaten finalists - 54-36 in Invercargill.

The two teams couldn't be separated after 15 minutes at 11-11, but the Steel hit their straps in the second quarter to lead 25-19 at half-time.

They edged the Tactix 13-11 in the third stanza before going on to run away with the fourth quarter 16-6.

The Steel midcourt were well-drilled and efficient, marshalled by Silver Fern Shannon Saunders, and kept up a steady supply of ball into goal shoot George Fisher.

The English international missed only three of her 49 shots on goal as the Steel put up 63 shots compared to the Tactix's 48.

The third match in the premiership's opening round is between the Mystics and the Magic in Auckland on Monday night.