New Zealand's Lydia Ko birdied four of her last five holes on Friday, and will take a one-stroke lead into the final round of the Lotte Championship in Kapolei, Hawaii. 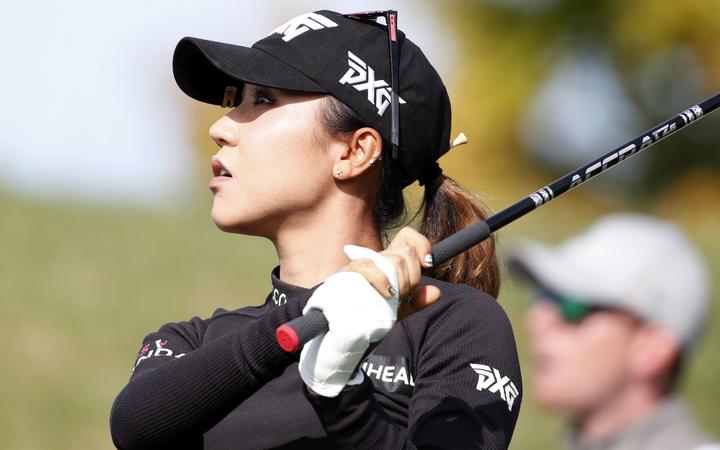 Nelly Korda, who matched the day's best round with a 63, holds second place at 20 under par.

Second-round leader Yuka Saso of the Philippines managed only 1-under 71 on Friday, leaving her in third place at 17 under.

Ireland's Leona Maguire (third-round 65) is in fourth place at 16 under, one stroke ahead of South Korea's Amy Yang (64).

Lexi Thompson (67) and South Koreans Sei Young Kim (67) and Hyo Joo Kim (69) share sixth place at 14 under. Seven players are tied for ninth at 13 under, including Taiwan's Wei-Ling Hsu, who also carded a 63 on Friday.

Ko, 23, owns 15 career LPGA wins, but none since April 2018. Her bogey-free round featured two birdies on the front nine and five on the back nine thanks to her superb finish.

"I tried to stay patient and give myself a few good looks for birdies," Ko said.

"I had a stretch in the middle of may front nine where I had really long putts for birdies. So just trying to not make stupid mistakes and kind of keep it in control.

"Nice to finish up the round with two birdies on the last two holes. This is a golf course where even though it's windy, it seems like everybody is playing so well, so you're just trying to make your share of birdies.

"I've just been having a lot of fun out here and that's kind of the mind-set for tomorrow as well."

Korda, 22, already is a four-time LPGA champion, most recently having won the Gainbridge LPGA at Boca Rio in February. She produced six birdies on the front nine, including three in a row from Nos. 7-9. Following her lone bogey at the par-4 10th hole, Korda added four more birdies, including two at Nos. 17 and 18.

Saso, 19, fell out of the lead by bogeying four of her first eight holes, with two birdies mixed in during that span. She steadied herself with three birdies and no bogeys the rest of the way.